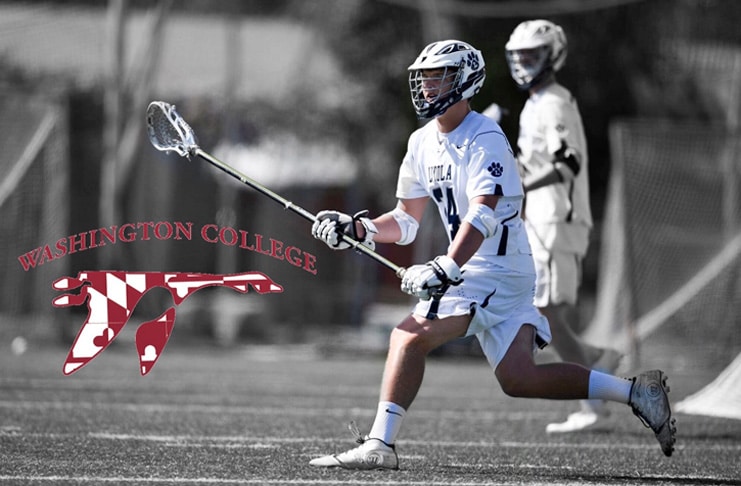 Senior defender Morgan Lewis of 2016 US Lacrosse Southern Section champion Loyola, announced this week he will continue his education and lacrosse career at NCAA D-III Washington College in Maryland.

Lewis played for the Cubs’ varsity as a sophomore in 2015 and opened last season in a competition for playing time. Ultimately, coach Seth Cohen said in an offseason team profile, “Lewis worked himself into the starting defense and never left. His tough, smart and steady play earned him second-team All-Mission League honors.”

Assistant coach Brett Tietjen, who coordinates the Loyola defense and directs the L.A. Cobras club program, said that after earning that league honor and being named Loyola’s most-improved player, Lewis really distinguished himself on the Cobras’ summer trip to the East Coast.

“He dominated over the summer at the Carolina Shootout and Warrior Classic at Hofstra,” Tietjen said. “He’s a big, strong and physical defenseman. He has developed some take-away checks and is looking to have huge senior year.”