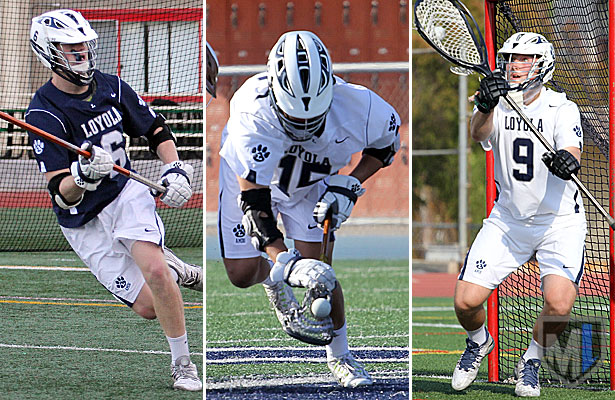 Seven Los Angeles-area players — including five from LA-champion Loyola — were named to the West Regional Team for the Under Armour Underclass Tournament that will take place June 30-July 3 in Baltimore.

The tournament has expanded this year to include a Command Division (high school graduation years of 2019 and 2020) and a Highlight Division (2017 and 2018 classes).

Rising sophomores Speed Fry and Kaiser Fry made the Command roster for Loyola, along with rising sophomores Maxim Manyak of Oak Park and Ahser Early of Harvard Westlake.

Additionally, former Oak Park players Brendan Egan and Evan Egan, who played last season at Torrey Pines in San Diego, also made the Highlight roster. Brendan Egan graduated with the Class of 2016 but will take a post-graduate year before enrolling to play lacrosse at Bucknell. For recruiting purposes, he is re-classified as part of the Class of 2017.

Rosters for both West Region teams are provided below with the Orange County players highlighted in bold.