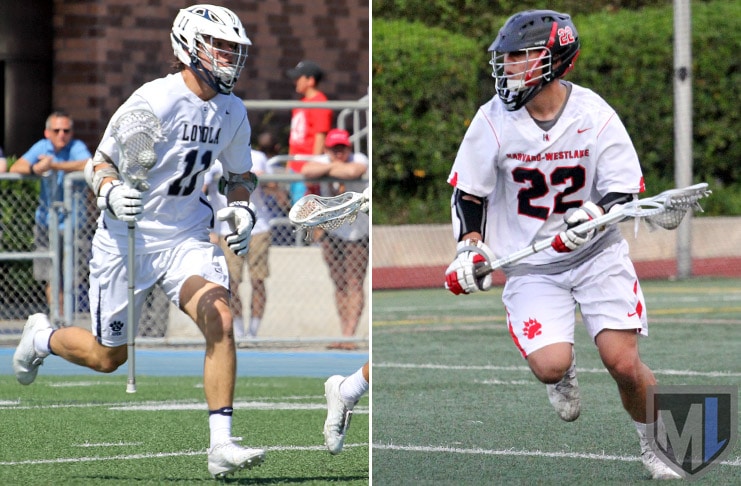 Loyola is coming off a week in which it suffered its first loss — 9-7 Saturday at San Diego’s Torrey Pines — and beat St. Francis and Chaminade in Mission League games. Harvard Westlake beat Crespi and Notre Dame in Mission League play.

Oak Park (5-2) made the biggest jump in the poll, climbing from No. 9 to No. 5 after beating both Newbury Park and Thousand Oaks last week. In fact, the voters even boosted the Eagles past Oaks Christian (6-0), which beat West Ranch in double-overtime Saturday to remain undefeated and is one of the two teams to have beaten Oak Park.

San Marcos of Santa Barbara (5-1) enters the poll for the first time at No. 20, bumping out St. Francis (3-4), which lost twice. San Marcos lost its opener to Oaks Christian 11-6 in a game that was much tighter until the Lions capitalized on a late, non-releasable penalty and scored a couple of insurance goals. Since then, though, the Royals have won five in a row.