Loyola Edges Palos Verdes for No. 1 in Preseason Poll 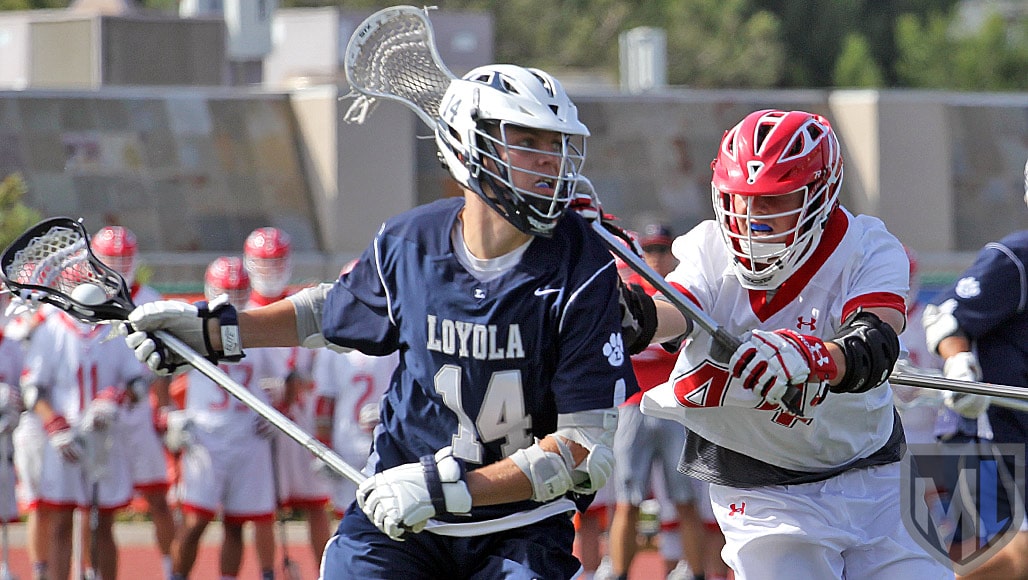 The two-time defending section champion Loyola Cubs, despite sending no fewer than eight Class of 2017 seniors off to play in college last June, were voted No. 1 in the US Lacrosse/MaxLaxLA Preseason Coaches Poll, narrowly edging Palos Verdes.

The Cubs have beaten the Sea Kings in the Los Angeles-area championship game in each of the last two seasons. In a poll of area coaches that received 20 responses, Loyola was listed No. 1 on 11 ballots. Palos Verdes received seven first-place votes, and Harvard Westlake received two.

Interestingly, though, of the nine ballots that did not have Loyola No. 1, only three had the Cubs No. 2, while six voted them No. 3. Palos Verdes recieved 10 second-place votes and three for No. 3.

To illustrate how close the vote actually was, Loyola earned a total of 385 points using the system of 20 points for a first-place vote, 19 for second-place and 18 for third. Palos Verdes earned 366 points, and Harvard Westlake earned 360.

Harvard Westlake actually had the most interesting spread of votes, with coaches voting the Wolverines as high as No. 1 but as low as No. 6. The bulk of their votes were at No. 2 (6) and No. 3 (7).

Agoura and Oaks Christian, both of which reached the LA semifinals last year before losing to Palos Verdes and Loyola, respectively, round out the top five in the poll. Oak Park, Thousand Oaks, Westlake, Chaminade and Newbury Park fill out the Top 10, giving the Marmonte League five of the Top 10 teams in the area according to this poll.