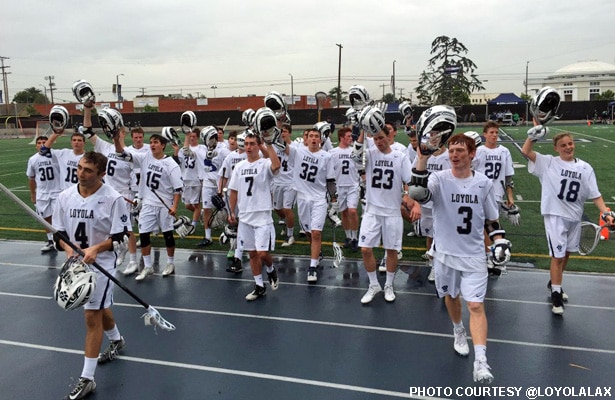 No. 2 Loyola jumped out to a 5-0 lead after one quarter Thursday and never looked back, defeating visiting No. 6 Thousand Oaks 16-3 in a rainy nonleague matchup. It was the ninth time in 10 victories that the Cubs (10-3) held their opponent to fewer than eight goals and the seventh time the opponent scored five or fewer.

For the Lancers (4-5), Thursday marked their third loss in a row and second in two days. They lost Wednesday to Amador Valley of Pleasanton in Northern California, the No. 6-rated team in the North Coast Section according to LaxPower. Three of TO’s other losses have come against No. 1 Palos Verdes, No. 2 Loyola and No. 4 Harvard Westlake. The Lancers play at No. 9 Newbury Park on Friday.

Thousand Oaks, which 2-0 in the Marmonte League, still faces two games against No. 3 Westlake, two against No. 9 Newbury, one at No. 5 Agoura and one at home against No. 13 Oaks Christian. The Lancers beat the Chargers at home, 5-3, and the Lions on the road, 8-5, in their first meetings.