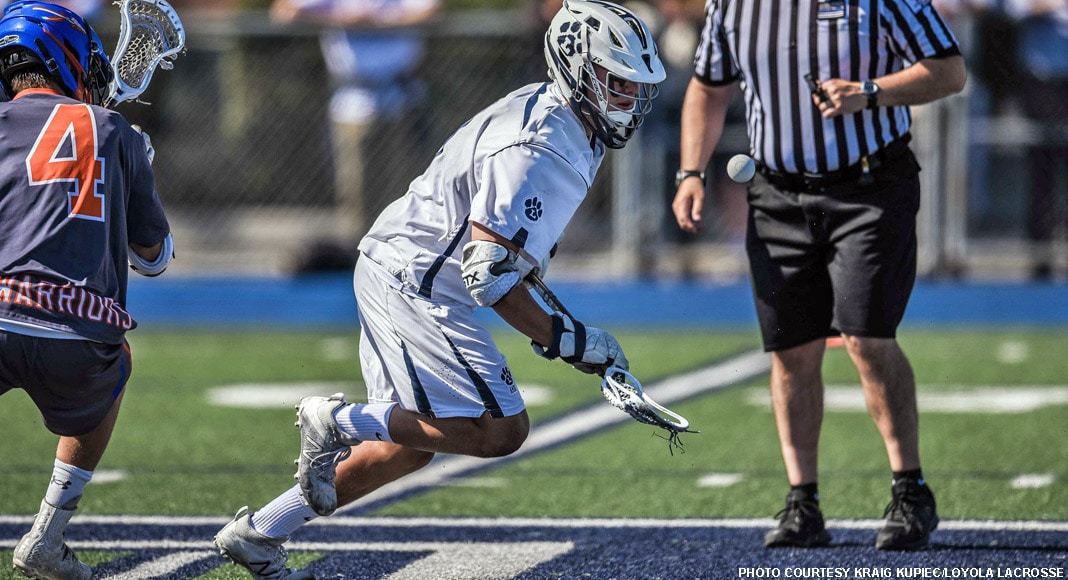 Top-seeded Loyola jumped out to a 10-0 lead in the first 20 minutes Thursday afternoon, getting goals from nine different players, and went on to beat visiting No. 8 Westlake 18-3. Senior middie Aidan Hesse won nine of 12 face-offs in the first half, fueling the offensive blitz.

“We were up for it today!” Loyola coach Seth Cohen said via text message. “Came out fast, and played relentlessly.”

The Cubs (18-4), two-time defending LA and Southern Section champions, advance to Saturday’s semifinals at Culver City, where they will take on fifth-seeded Agoura, which beat Chaminade in double-overtime Thursday. The Agoura-Loyola game is scheduled for 7 p.m.

“It was a good game for the Cubs today,” Cohen said. “Eighteen goals from 11 different scorers! The offense respected the ball, and we generated good shooting opportunities. The D played great, and per usual we got a great effort from our keeps and FO guys.”

Senior attack Duke Cohen finally put Westlake (14-6) on the board with 3:33 left in the first half, making the score 10-1. It was 13-1 late in the third quarter before senior Seamus O’Brien scored the Warriors’ second goal. O’Brien scored again in the fourth to make it 15-3, but Carolan rattled off three in a row to close it out.