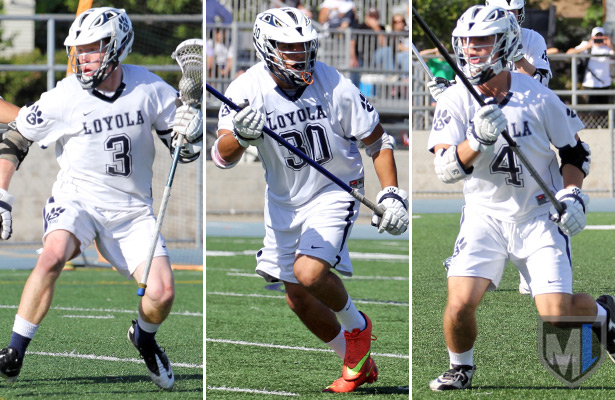 Last year, Loyola flirted with the possibility of unseating Palos Verdes as the top team in the LA/Ventura area. Voted No. 2 in the preseason coaches poll, the Cubs even took over the No. 1 spot for a time, before losing a regular-season game to the Sea Kings. A surprising loss in the second round of the playoffs denied Loyola a possible rematch. But with a loaded roster returning, the Cubs once again open the season at No. 2 in the coaches poll. Will this season end differently? Here is our Loyola 2016 preview:

2015 recap: A stellar 2015 campaign produced a 15-4 overall record, a perfect 8-0 record in the Mission League championship and the No. 2 seed in the playoffs. Still, the Loyola Cubs won’t soon forget how last season ended — a 9-8 overtime loss at home in the second round of the playoffs to a Crespi team they already had beaten twice. Loyola’s other three losses at least made some sense: to Foothill, the eventual Southern Section champion; to Palos Verdes, the eventual LA champion; and 13-12 to Aliso Niguel over spring break while missing a number of key players. But after reaching the LA semifinals in 2014 and rolling through the 2015 regular season, the playoff loss to rival Crespi stung.

“There aren’t a lot of secrets about our team this year,” Coach Seth Cohen said in an email about his squad. “We have good depth, with eight All-Mission League players (including two All-Americans) returning. We’re hungry after last year’s disappointing early exit from the playoffs. This group is highly motivated!”

2016 Outlook: Loyola hasn’t reached the LA title game since winning it in 2011. But with senior leadership from Smith, Neblina and Riley and a 16-man junior class stacked with college-level players, there is no time like the present. Of course, many expected Loyola to challenge Palos Verdes for the LA crown last year, and that matchup never materialized. But as Cohen noted above, the Cubs return eight All-Mission League players — players who most likely learned a little something from last year’s disappointment.