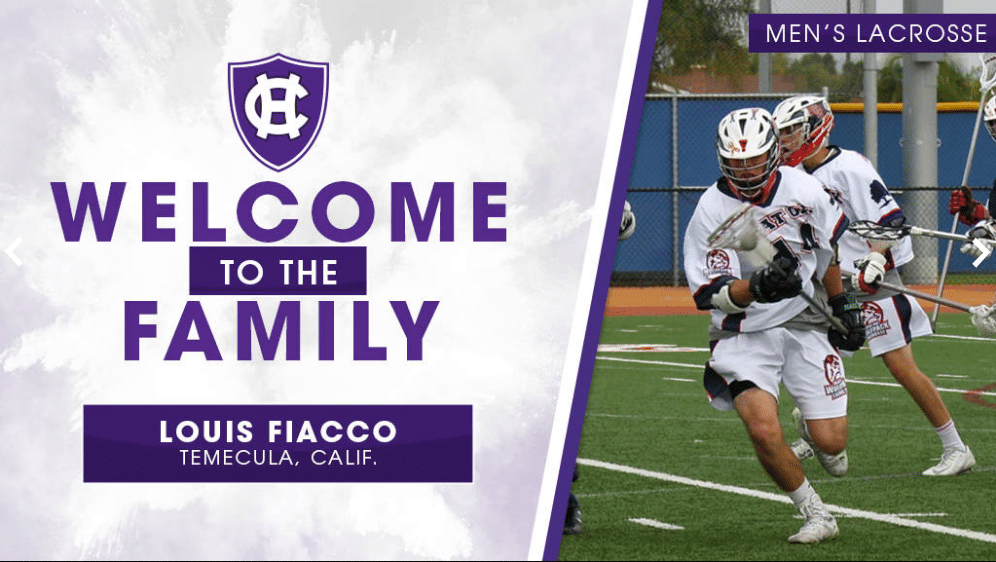 It’s official! Louis Fiacco (Great Oak ’18) will wear no. 33 for the Holy Cross men’s lacrosse team. Fiacco was one of 17 freshman Crusaders announced by head coach Peter Burke on GoHolyCross.com.

“We are excited to welcome and announce the class of 2022 to the Holy Cross men’s lacrosse program,” said Burke onGoHolyCross.com. “We welcome 17 new players to the team this year, which includes a multitude of All-Americans, All-State, and All-League honors throughout their High School careers. As a whole, this is a group of great young men that will have a tremendous impact on the program on and off the field during their time at Holy Cross.”