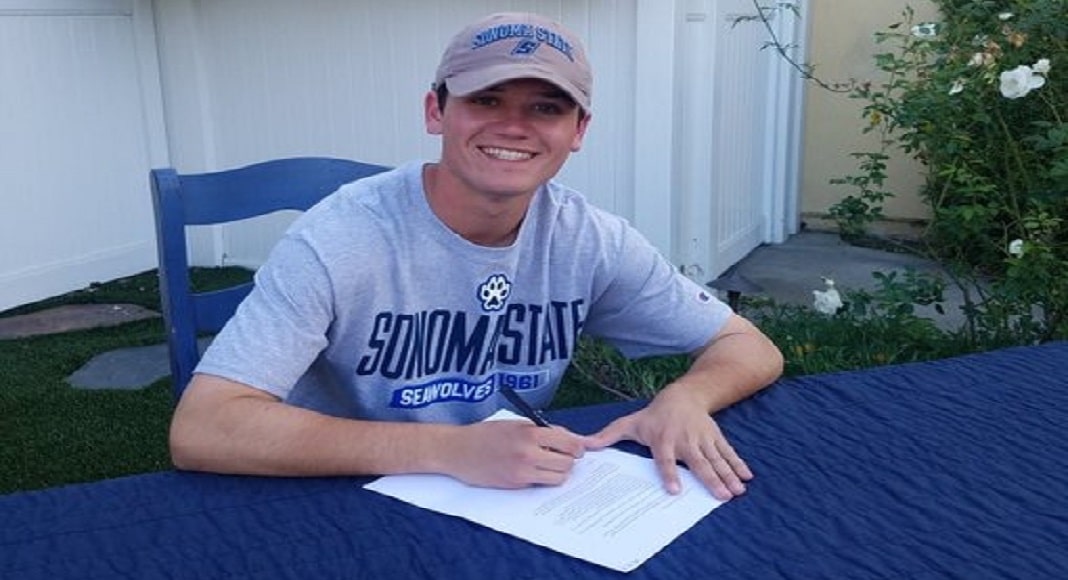 Los Alamitos boys lacrosse player Sean Kenneally has committed to play MCLA Division 1 lacrosse and study at Somona State University. The announcement was made on Wednesday on Twitter by Sonoma State’s men’s lacrosse.

Welcome Sean Kenneally to the #NomaNation Sean will be starting at Sonoma State fall of 2018.… https://t.co/t6vjAYyDn9

“Kennel” is one of the Griffins’ two co-captains this year. Coach Tim Fox sounded off on his leadership.

“I’ve known and coached Sean since he was in eighth grade and he is a model athlete when it comes to heart, hustle and work ethic,” Fox said.

“I think a big moment was when he switched from a ‘shortie’ to an LSM. He played short stick his entire youth career and when he got to high school, he picked up a long stick and has been a [GB] machine and a good force on defense ever since” Fox said.

Kenneally said he likes the team for their comradery and said that school itself had a good vibe.

“Hard work and perseverance really help out. Always look up, never keep your head down. Just keep going at it, stay gritty,” Kenneally said in regards to what he’s learned during his lacrosse journey.