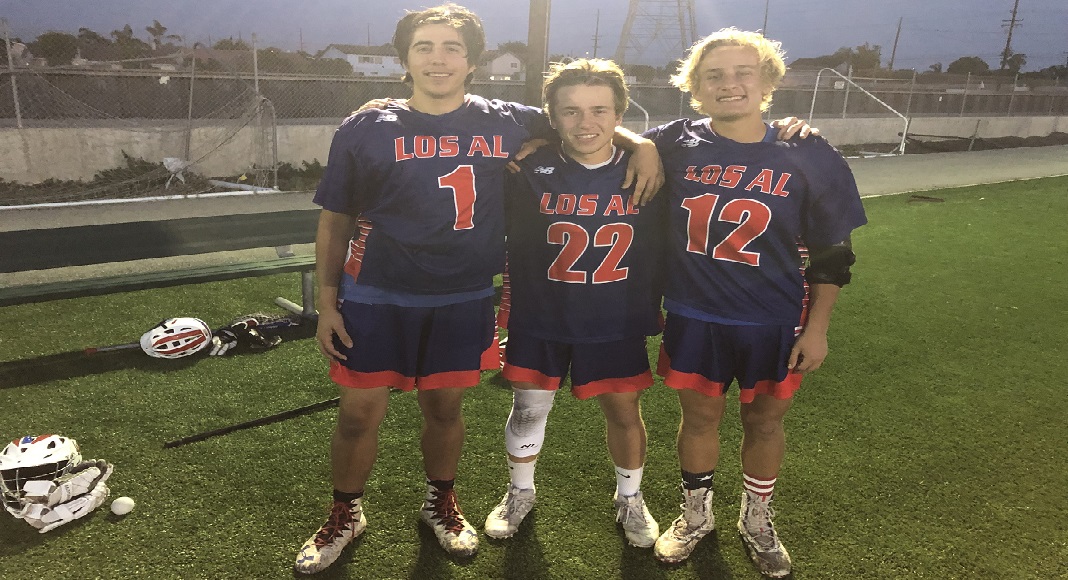 The Los Alamitos boys lacrosse team got past an energetic and motivated Edison team Wednesday, winning 9-7 at Edison High School.

Ed Shean, Drew Anderson and James Hightower led the Griffins with two goals each. Charles Wilson, Thomas Dentzer and Nico Kozachenko each found the back of the net once.

“We definitely brought it together toward the end of the game, but we’re a much better team,” Anderson said.

Los Alamitos fell behind 1-0 in the first quarter and didn’t register its first goal until the 1:50 mark of the quarter. But the Griffins added another goal late in the quarter, taking a 2-1 lead into the second quarter.

The Griffins led 3-1 at one point, but the Chargers pulled even. Los Alamitos then scored two goals, the first coming on an extra-man opportunity, and the second on an empty net, giving them a 5-3 lead going into halftime.

After Los Alamitos scored the first goal of the second quarter to extend its lead to 6-3, Edison tried to claw its way back into the game, scoring two consecutive goals. The second goal came off an interception from Mason Briggs and cut the Griffins’ lead to 6-5. But Los Al added a goal from Kozachenko, who scored as he was falling down, to extend to a 7-5 lead.

“It wasn’t perfect, but we got the job done,” Shean said. “The defense really saved us honestly. The offense wasn’t doing their job at the start of the game, but the defense kept us in it.”

“We had a lot of little mistakes,” Chargers coach Dieter Nemes said. “We stopped them quite often on defense and were trying to clear the ball, and we lose the ball, so they [Los Alamitos] got an extra possession. We’re right there; we’re on the cusp. Our goal is to make the playoffs in program history, and we’re trying to push that idea. We’ve challenged every team that’s above us.”

Nemes highlighted the defensive play from Briggs, who for the most part was defending Shean.