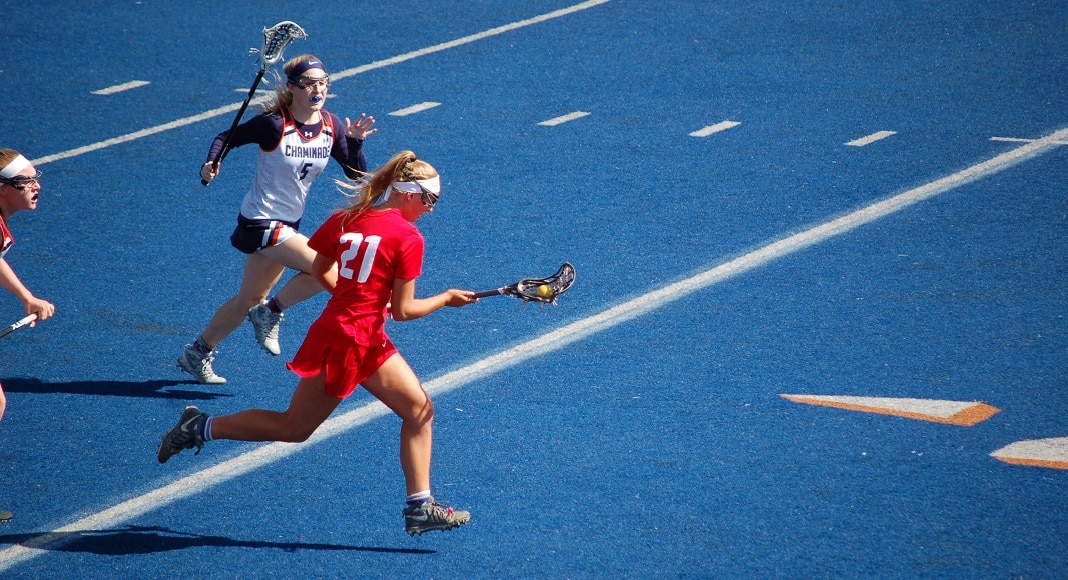 Nina Sandler of Los Alamitos’ girls lacrosse team has committed to Adams State in Colorado. She announced the commitment on April 2 and officially signed on April 11.

“I wanted to commit to Adams state because overall I felt like they had everything I was looking for. They had a nice campus that was not too far away from home and good team chemistry. Also, I could get the attention I needed on the field as well as in the classroom which was very important to me,” Sandler said in a direct message on Twitter.

Sandler started to play lacrosse her freshman year of high school and fell in love with the sport ever since. Sandler played two years on varsity as a defender.

“I will definitely miss the bond that we [Los Alamitos] had as a team. I met some of my best friends because of lacrosse and knew they would have my back on and off the field. We would always have fun while at the same time working hard to achieve the goals we wanted this season,” Sandler said.

Morgan Kalish, a co-captain for Los Alamitos, described Sandler as a hard worker and said she always gave it her all in practice and in games.

“Nina was always the hardest worker. During practice, at any moment, you could look at Nina and she would always being giving 110%. Same way in the games, Nina pushed herself when others couldn’t because she loves the game and loves her teammates,” Kalish said in a message. “A memory I have of Nina on the field is during our San Clemente game where our team was not doing the best and we were down. Every play Nina worked, she got ground balls, she made amazing passes, and she never once stopped playing hard. It showed me her real character and her ability to strive for a good outcome no matter the conditions.”

Sandler was a member of the OC National Team last year. She helped the team finish first in its division for the first time ever. Sandler has countless thank yous ranging from her high school coach Sophia Aragon, to her parents.

“I want to thank Coach Fia for her help in shaping me into the player I am today. She would always know what advice to give no matter what the problem was and she helped show me my place on the team. I also want to thank my club coaches for teaching me the lacrosse basics and help me work on improving my game,” Sandler said. “I want to thank my friends and teammates for supporting me on this journey, showing me how to have a good time, and always giving me advice when I needed it. Lastly, I want to thank my parents for taking me to all my tournaments, practices, etc. and helping me get where I am today.