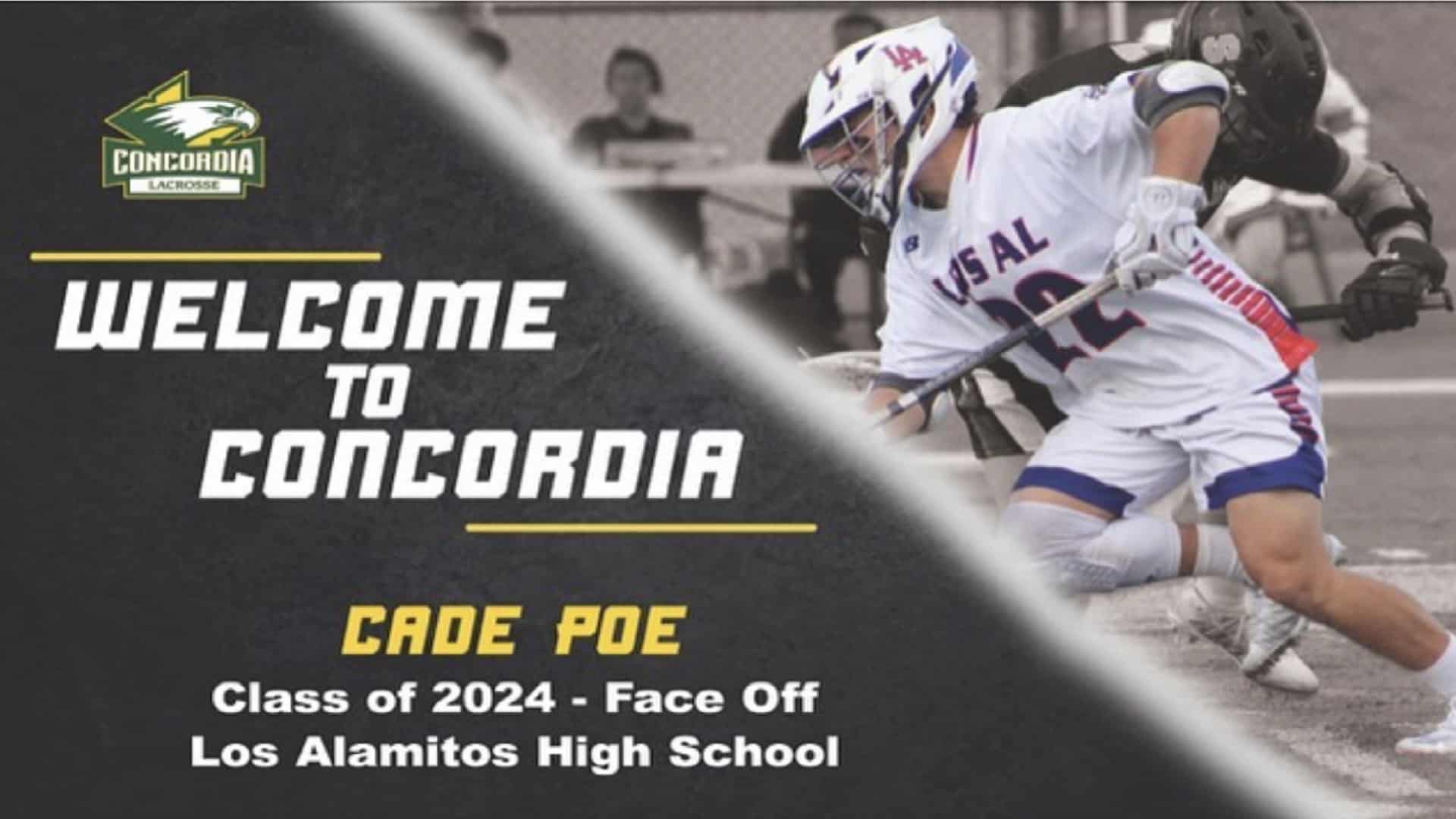 Los Alamitos boys lacrosse faceoff specialist Cade Poe has committed to the University of Concordia in Irvine. The announcement was made Saturday via the team’s Instagram account.

Please help us welcome Cade Poe to our Class of 2024! Cade is an incredible Face Off Midfielder from Los Alamitos HS. He was Honorable Mention Sunset League in his junior season and is off to a great start in his senior year. Cade was also the 2020 FOA National Showcase Runner Up. A two-sport athlete in HS, Cade was the Sunset League Wrestling Champion and CIF State Qualifier in the 138 pound Division. We are extremely excited for Cade to bring his talents & winning ways to CUI. Welcome to the family! #dirtybirds #committed #classof2024

“I’m looking forward to good lacrosse that’s local. Concordia was always there as an option. They’re one of the first to really reach out and I went to their camp, performed well and I fit in with all their players,” Poe said.

Last year, Poe appeared all of the Griffins’ games and in 351 faceoffs, winning 191 of them for a percentage of 54%. Poe also scored two goals and two assists last season as well.

Fox said that Poe’s work ethic on the field has helped Los Alamitos in practices.

“On the practice field, he makes everyone want to work harder. He’s a great hype man in practice, he loves to get everyone riled up, but his dedication is what it’s all about,” Fox said.

Poe, who was an all-Sunset League honorable mention representative last year, gave his thanks to his parents, who brought him to all the recruiting event.s One of those recruiting events, being the Callback Academy in Midlothian, VA.

“He is the hardest worker in the weight room, he’s a very strong willed person as well as his athleticism. He’s mentally strong and dedicated to his craft,” Fox said.

Last year, Concordia went 12-5 overall and 3-2 in the Southwestern Lacrosse Conference. The Eagles lost in the first round of the MCLA tournament to Colorado 16-9.