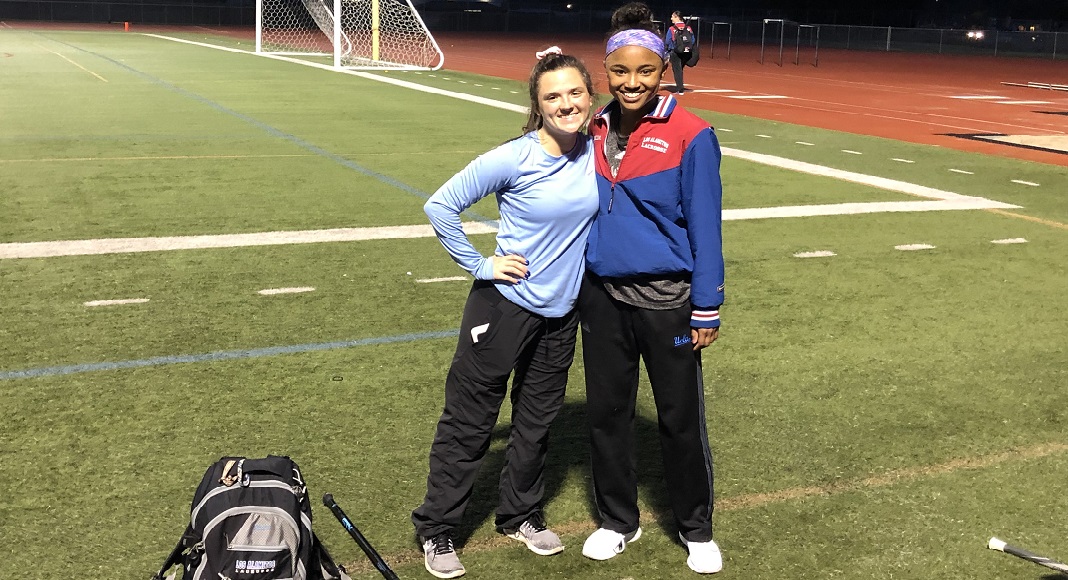 The third game was the charm for the Los Alamitos girls lacrosse team, as the Griffins beat Esperanza 17-6 on Tuesday at Esperanza High School.

In handing the Aztecs their first loss of the season, the Griffins gave their new coach Courtney Novak her first win as the Griffins’ head coach.

“They [Los Alamitos] brought so much heart. I think we prepared them mentally, physically and tactically and they really had to bring that extra spark, and they did tonight and it was absolutely beautiful,” Novak said.

From the opening draw, the Griffins were determined to win, as they opened up a 3-0 lead over the host team. The Griffins dominated possession throughout the game and never allowed Esperanza to get any closer than two goals.

The Griffins were led by Riley Deutsch and Sydni Jenkins, who each had five goals. Ava Cannning and Sonoko Silvers both had two goals apiece while Samantha Wehr added a goal for the Griffins, who got nine saves from Madison Shean.

“I think it’s important not to rely on any specific player, but instead work together as a team,” Deutsch said, adding that their win was a team effort.

Novak was proud of her team getting the first win of the season after suffering losses to No.5 Trabuco Hills and No.6 San Clemente. The Griffins also went into Tuesday’s game without Victoria Hansen, Faye Deal and Naomi Laurain, who are all out with injuries.

“I’m mostly thrilled for them because I’ve seen how hard they’ve worked since August. They put in the work and now it’s just the fruit of their labor. I’m just beaming with pride right now,” Novak said.

Esperanza was led by Sydney Danielson who had three goals while Aide Martinez had two goals. Julia Beatty also added a goal for the Aztecs, who got six saves from Gabriella Schrader.

Up next for Los Alamitos (1-2), a road game against No.2 Foothill on Monday. For Esperanza, its next game is Thursday at Edison.