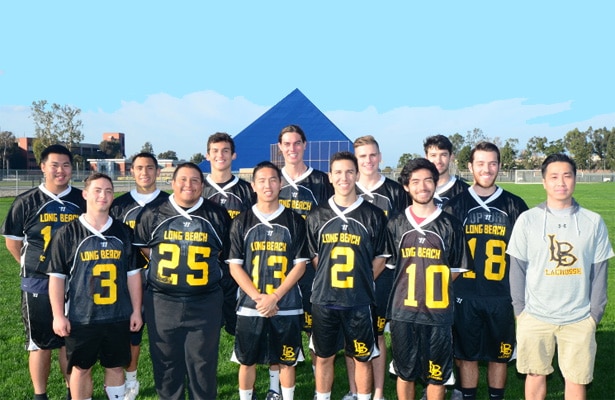 It wasn’t that long ago that Cal-State Long Beach was a playoff team. The Beach finished 10-3 in 2011, winning a first-round Southwestern Lacrosse Conference Division II tournament game before being eliminated in the second round.

The next four seasons, though, were pretty rough — a 10-30 overall record and two coaching changes. Last year, in Coach Chris Brignola‘s first season, The Beach finished 1-8.

Heading into Year 2, Brignola is optimistic CSU Long Beach can turn things around. He took time out this week to share his thoughts on The Beach in 2016:

“After no surprises last year, Long Beach State is looking to focus on divisional matchups this year. We are in our second year of rebuilding a competitive program. With an influx of freshman talent, players returning from injured status and a solid core of returning senior players, we rely on our cohesion as a team to generate intensity before, during and after our games.”

… we play as a team, and strive to challenge and defeat teams that are perceived as stronger than us.
— Chris Brignola, Long Beach head coach

More than half of the 18 players listed on the Long Beach roster hail from Southern California high schools.