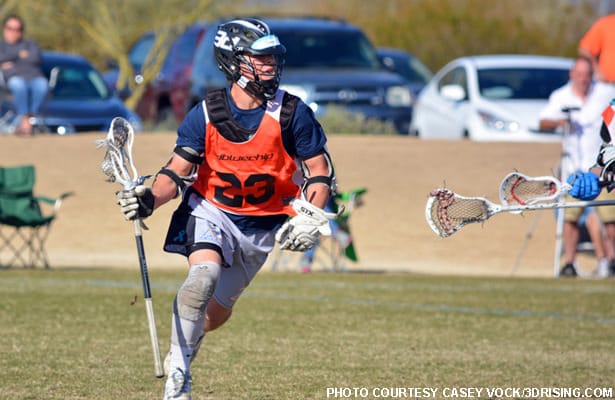 More than 400 players attended the 3d Blue Chip West Regional Camp held in Phoenix, Ariz., over the weekend of Jan. 22-24. Of those 400 players, a number of them stood out above the competition, including 12 from the local San Diego area, according to Casey Vock of 3dRising.com.

The camp is a premiere training program that works in conjunction with the highly touted Jake Reed Nike Blue Chip Camp held at University of Maryland Baltimore County in June. Although receiving acclaim on 3dRising.com does not guarantee an invitation to the prestigious event, it does put young players on the maps of many of the top-tier college programs.

Here’s a list of local players who were cited by 3dRising.com for their performance at the 3d Blue Chip West regional camp:

For a full analysis on these players visit 3drising.com.