Listen to the MLL All Star Game Playlist 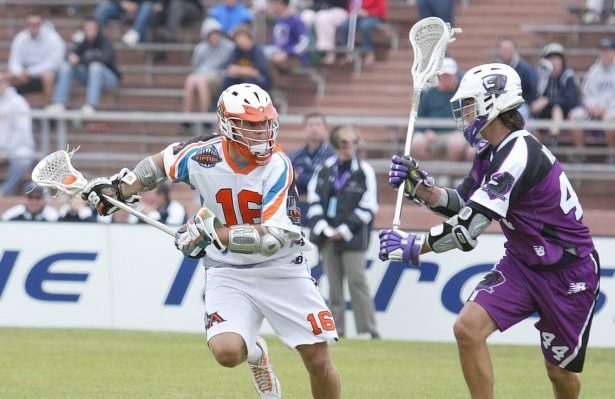 The best players in Major League Lacrosse will be in Southern California for the MLL All Star game in less than two weeks. This is the first time in League history that the game has been held in California and the first time the MLL has embraced the California sunshine since the LA Riptide and San Francisco Dragons were making their mark on the league.

To help fans prepare for the ASG, the MLL has prepared  a California-themed playlist that can be found by following this link: California State of Mind: MLL ASG Playlist | Major League Lacrosse

So sit back, turn the volume up, and get yourself ready for the action. Still need tickets to the game? Buy your tickets here!

From Press Release
Major League Lacrosse, the premier professional outdoor lacrosse league, announced today that they will host their 2016 All-Star Game at Cal State Fullerton’s Titan Stadium on Saturday, July 9. This is the first time the event will be held on the West Coast.

“We’re excited to be back in Southern California. We believe our destiny lies in having teams on the West Coast again and this is our first step in making that happen,” said MLL Commissioner David Gross. “This is also a great opportunity for our teams from across the country to play in front of new and passionate fans of the sport.”

The 10,000-seat Titan Stadium is a state of the art facility located within the Titan Sports Complex at California State University, Fullerton. Built in 1992, the stadium is home to the Cal State Fullerton men’s and women’s soccer programs. The facility has hosted several international soccer exhibitions and due to its close proximity to Hollywood, has been a favorite location for movies, commercials and video games. Major League Lacrosse will work with a strong partnership group in Southern California comprising of local lacrosse groups and local US Lacrosse chapters to bring professional lacrosse back to California.

“Southern California is a hotbed of athletic talent in America. This past year we have seen more boys and girls commit to NCAA Division I and II lacrosse scholarships than ever before. Having an event such as the MLL All-Star game in our own backyard is an incredible opportunity for our community,” said US Lacrosse Orange County Chapter President John Fischbeck.

For the city of Fullerton and its surrounding areas, hosting the MLL All-Star Game is another testament to the growth of lacrosse in emerging markets. California has seen an expansive growth of lacrosse at all levels. According to the 2014 US Lacrosse Participation Survey, California was selected as one of the states experiencing the fastest growth of youth and high school lacrosse. The prominence of lacrosse west of the Mississippi River can be seen in the rise of the USC women’s program, currently ranked #12, and in the Denver Pioneers winning the 2015 NCAA Championship to become the first team outside of the Eastern time zone to win the title.