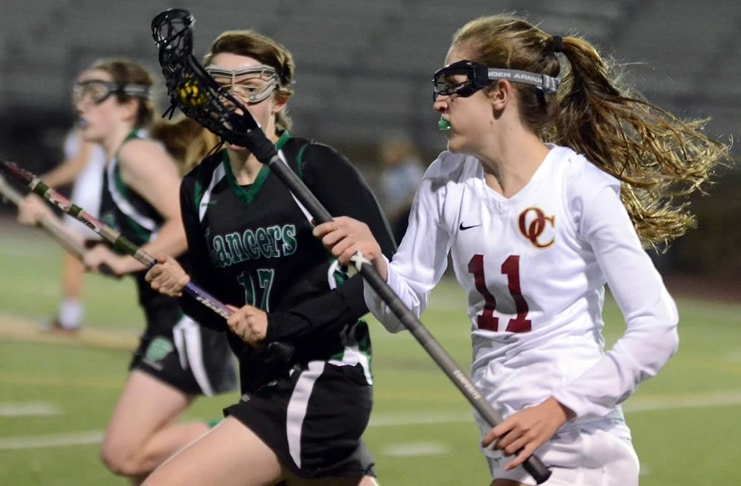 “Chapman University is everything that I want in a college,” Spaeth said via email. “When I was looking at colleges, I knew that I wanted to have a full college experience that included strong academics, being a part of the lacrosse team and a vibrant social life. Chapman’s lacrosse program will allow me to continue pursuing my passion for my sport while also ensuring that I can still join a sorority, thrive academically, join a club, etc. When I visited the campus, I immediately knew that Chapman was the place for me. Everything felt right. I always wanted to stay in California in an area that was pretty close to the beach and not too far from home. I know that even without lacrosse, I will be happy at Chapman. I could not be happier with my decision to play at Chapman University.”

After scoring only six goals and recording three assists as a sophomore on Oaks Christian’s inaugural CIF team two years ago, Spaeth had a breakout junior season last spring. She scored 26 goals and recorded 7 assists, earning first-team All-Marmonte League honors. She also was selected for the Los Angeles roster that competed in the U.S. Lacrosse Women’s National Tournament last summer.

Michele Uhlfelder, director of the L.A. Wave Lacrosse club program and former head coach at Occidental, said Spaeth had set her sights on playing at the next level and worked hard to reach that goal.

“I’m really proud of Sarah and how she represents L.A. Wave,” Uhlfelder said via email. “She was a true beginner to lacrosse and now stands as a great role model for other athletic, competitive and focused kids who want to see how far they can take the game.”

Uhlfelder cited Spaeth’s commitment and dedication to learning as major factors in her development.

“She knew she was behind but embraced the challenge,” Uhlfelder said. “She is a big competitor, so we always knew we could count on her effort, but she turned a big corner when her stick skills started to get better. She got increasingly more confidence handling the ball and then added that to her speed game.”

Chapman is coming off the first NCAA Tournament appearance in the program’s history. The Panthers finished 15-5 overall and 10-2 in the Southern California Intercollegiate Athletic Conference.