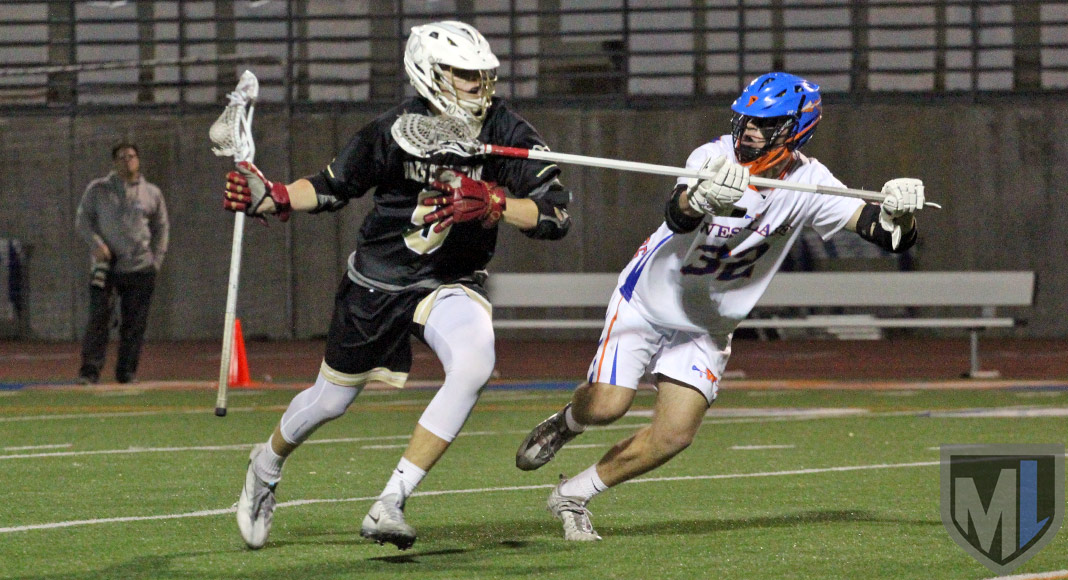 The Westminster Griffins, who moved from the MCLA to NCAA Division II in 2016, finished 9-8 this season, losing to Colorado Mesa in the Rocky Mountain Athletic Conference title game.

Will Dutton (Thousand Oaks ’17) was a freshman on this year’s Griffins’ squad, and Lancers senior Spencer Whinery announced this spring he will attend and play at Westminster starting in the fall. Noah Robinson (Palisades Charter ’17) also plays at Westminster.

Mike Spaeth scored 39 goals and had 18 assists for the Lions this season, earning first-team All-Marmonte honors. He was named second-team all-league as a sophomore. Spaeth said the combination of Westminster’s business school, location and competitive lacrosse program sold him on the school.

“When searching for colleges, I knew that a small, private, liberal arts college with a strong business program and a competitive lacrosse team would be the perfect fit,” Spaeth said via email. “I am very interested in studying at Westminster’s Bill and Vieve Gore School of Business, especially in the Sports Management program.

“My high school coach, Jeremy Sieverts, knows Westminster Head Coach Mason Goodhand and speaks very highly of him. Coach Sieverts’ opinion and approval about my potential future college coach meant a lot to me. SLC, Utah is one of my favorite places. Every winter, we visit my family in Utah and spend a few days snowboarding. Westminster has everything I am looking for in a college, in a lacrosse team, and is located in one of my favorite places.”

Spaeth said he looked at quite a few schools over the past few year, including High Point, UMass Amherst, Ohio, Haverford and Swarthmore. He also planned on spending another summer on the recruiting tournament circuit to see what might open up for him, but geography ultimately made his decision easier.

“I decided a few months ago that I didn’t want to go back east,” he said, “so it really narrowed down the schools that I was interested in. I had been talking with Westminster for about a year, so I reached out to them and told them they were one of my top choices.”

“Westminster has everything I am looking for in a college, and I am really excited to live in Salt Lake. One of the things Coach Sieverts told me to consider was if I would still like attending the school even if there wasn’t a lacrosse team. I am obviously excited about playing lacrosse at Westminster, but if I wasn’t playing lacrosse, I would still pick the school. I plan to play summer club ball with Mavs National, and it will be fun already knowing where I will be playing in college.”

In addition to LA Mavs, Spaeth has played club ball for LB3 National. He acknowledged that there is a long list of people who have helped him reach this point in his lacrosse career.

“My parents, friends, coaches and teammates have all played a huge part in this process,” Spaeth said. “I am grateful to each one of them.”