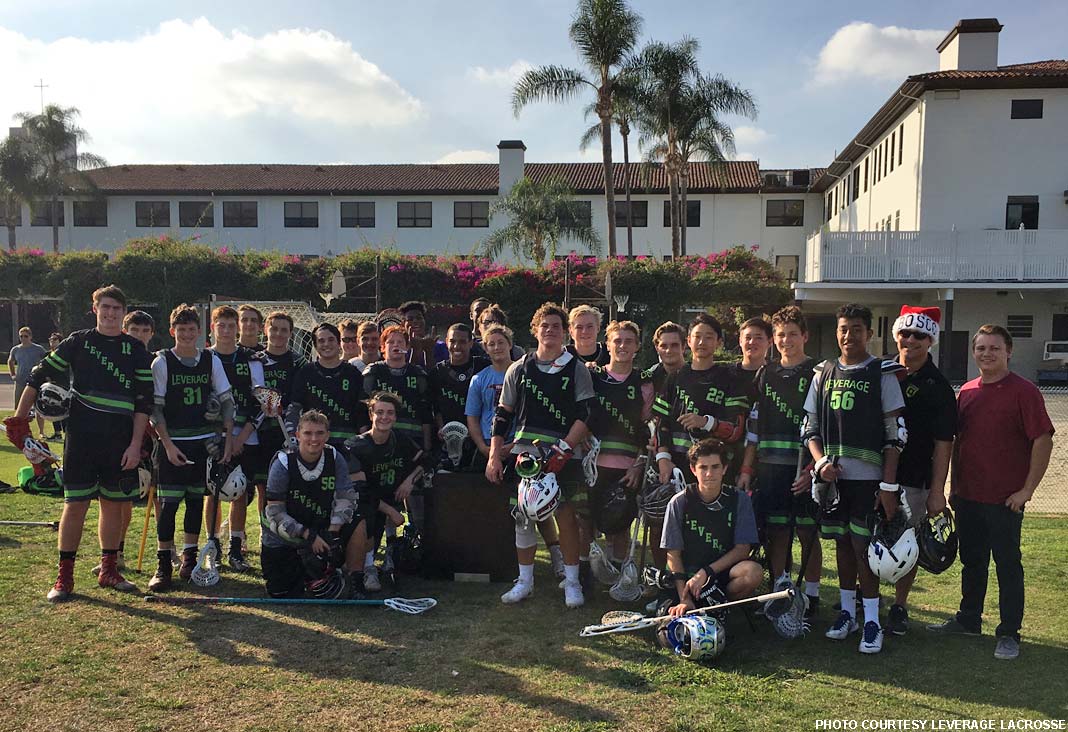 Leverage Lacrosse played host over the weekend to the inaugural Leverage Christmas Classic, a jamboree-style event at St. John Bosco that featured professional lacrosse rules like a 60-second shot clock and a 2-point shot arc.

“The high school boys had a blast,” Leverage and Bosco coach Chris Jewett said. “The 60-second shot clock made the game extremely fast. The 2-point arc was challenging, but we had a few made for JV and Varsity.”

Defender Will Bryan of Leverage scored what the video caption said was the tournament’s first 2-point goal, drawing a flag in transition then ripping a shot from straight on with the free-play opportunity.

“It was a fun, experimental tournament,” Jewett said. “Next year we will have more fields and teams.”