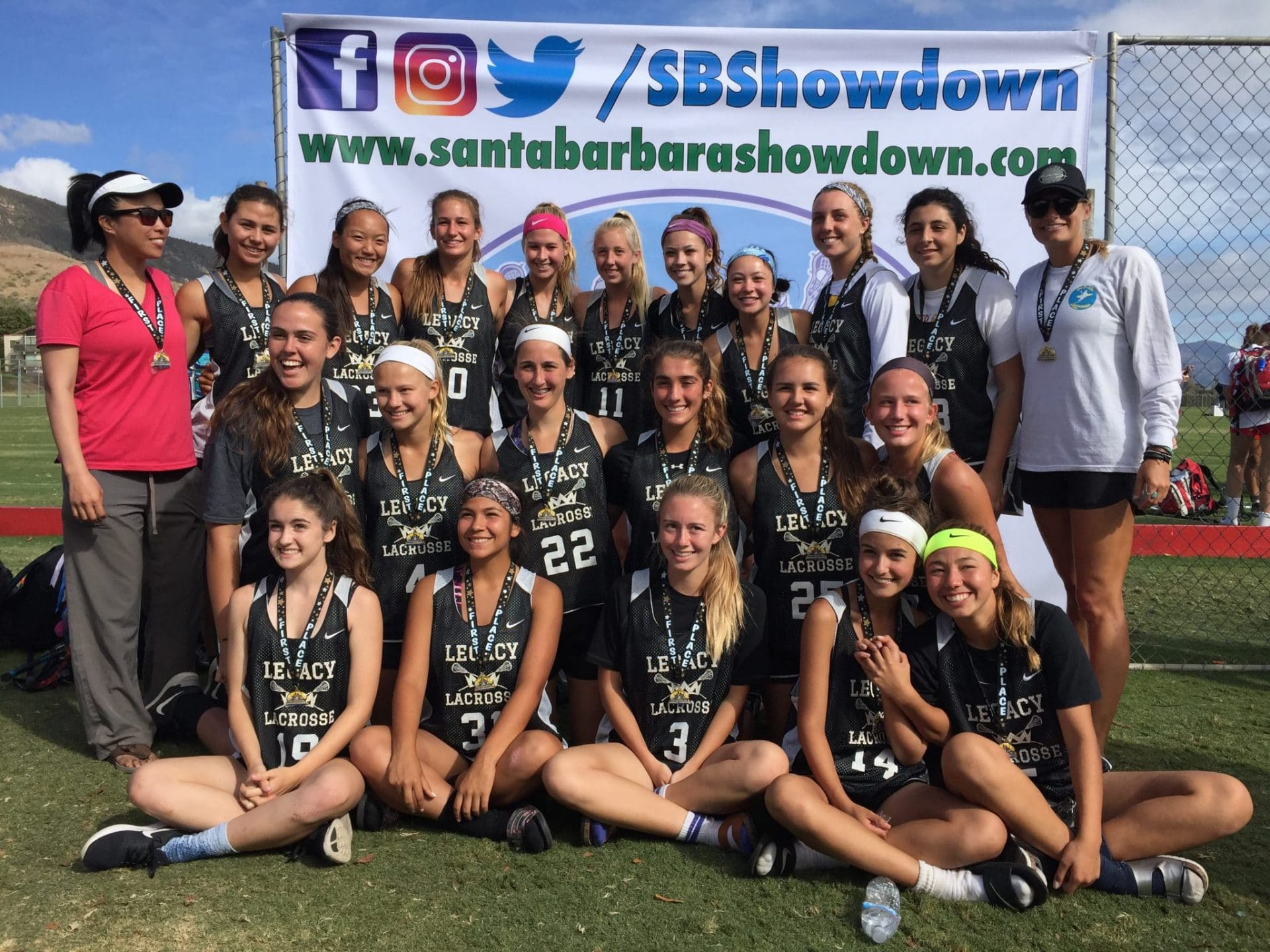 A stingy defense that allowed only 3 goals per game led the Legacy girls lacrosse to the Elite High School championship at the Santa Barbara Showdown this weekend. Led by coach Cressita Bowman, Legacy finished their weekend with a perfect 5-0 record and extended their Santa Barbara win streak to 10 games. Legacy also won the Santa Barbara Shootout in February with an identical 5-0 record.

Legacy started off Saturday pool play with a win over LA Aces 8-2. That set the tone for the weekend as Legacy followed up with an 11-2 win over Desert Heat and a 13-3 win over the Tenacity Marin High School Blue team to complete pool play undefeated.

Sunday was onto the playoff round with a win over LA Wave 9-5 to set up a championship game matchup with undefeated Bay Area Elite. In a tough back and for the game, Legacy brought it to their opponent and never trailed; winning 6-4 to take home first place honors. Top scorers for the weekend were Grace Houser, Lauren Gonzales, Madeline Hooks, and Mackenzie Wallevand.

The defense played outstanding all weekend and only gave up 16 points in five games, led by Sydney Payne, Emily Maahs, Gianna Danese. Courtney Walburger made some incredible saves in goal with a GAA of 3.2. Quite an accomplishment against such quality teams.