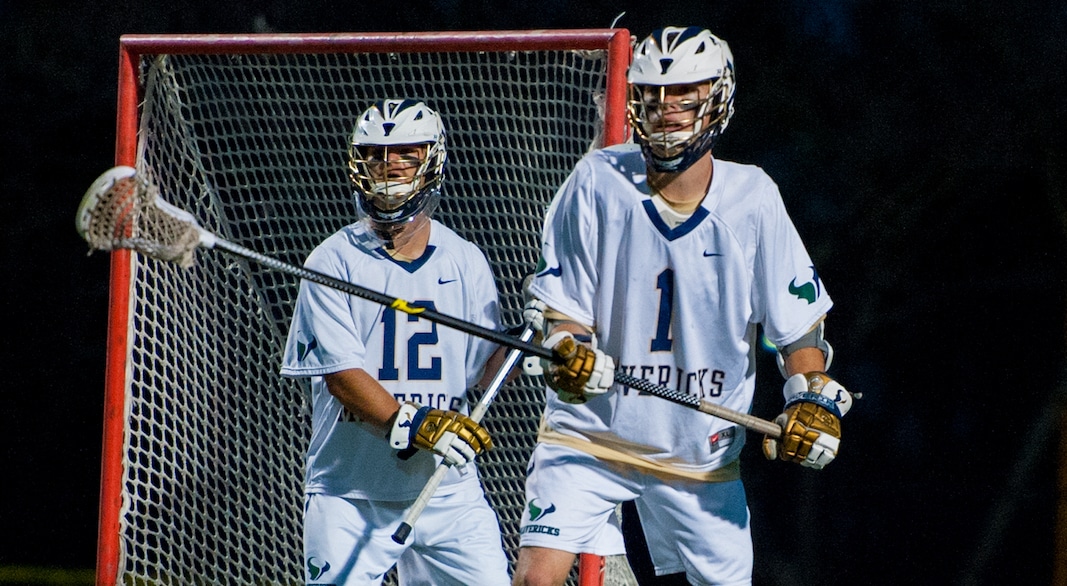 What were some of the reasons that ultimately led you to decide on Towson?
The summer of 8th grade, I attended my very first east coast lacrosse camp at Towson University and I can still feel the excitement like it was yesterday. As a 13yr old, I remember being so impressed with the dorms and sports facilities and was thrilled to have the opportunity to play lacrosse on a University field. Since my first visit, I have followed the Towson Lacrosse Team and Coaching Staff, distinguished in lacrosse tradition, as they strived each year for a higher spot in the NCAA tournament. In addition to my interest in their lacrosse program, I am equally impressed with Towson’s academics. I am planning to pursue a degree in business administration with a concentration in corporate finance.

What were some of the other schools you considered?
I was considering Drexel, Bryant, Furman, Lafayette and High Point

Describe the recruiting process? Who helped you through it and how much of it was done on your own?
Getting recruited is always hard for a West Coast player. To increase my exposure to the East Coast college coaches I played as often as I could. I took every opportunity to play and play hard when I was given time on the field. I had the opportunity to play for a few club teams in addition to my high school team and middle school teams. I have had the good fortune to play for a number of great coaches. Each of my coaches including Zach Burke, Kevin Cooper, Jono Zissi, and Jesse Foss were very instrumental in introducing me to D1 schools. In the end, I was able to pick a school that was best suited for my interests.

I started working on my goal to be recruited when I was in 8th grade when I attended a top 205 recruiting event at Towson University. Little did I know that I would end up committing to Towson. In addition to my lacrosse skills, I seriously focused on my academics since the very start of my Freshman year. Early on in the recruiting process, I remember a college coach saying, “lacrosse skills will only take you so far in the recruiting process as grades are key if you want to play for a D1 school.” I have always kept this in mind.

To prepare for each lacrosse recruiting event, a couple days before each event, I would send emails to all the attending coaches which included my bio and links to my latest highlight videos. Following each event, I assembled and edit my highlight videos and worked hard to pick the accompanying music. Throughout this entire recruiting process, my parents have helped me organize my various events and have provided endless and valuable advice on how to communicate with college coaches. This September, when the NCAA recruiting rules allowed me to talk with college coaches, I was prepared to manage the recruiting process with confidence and was able to speak with quite a few coaches.

How have you developed as a player in the 3d Lacrosse system?
3d Lacrosse helped me to develop as a team leader. I was encouraged to be more vocal, run the defense and trust my lacrosse instincts. My coaches helped me to really understand what I want out of lacrosse and to work hard to make that happen. Zach Burke, my coach at 3D not only worked to improve my game he also gave me the confidence to communicate with College Coaches and ask the hard questions that impact my academic future.

How would you describe yourself as a player and how do you see yourself fitting into the program at Towson in a few years?
I have been characterized as the WORKHORSE on the lacrosse field. I work hard to make opportunities happen for my team. I am an aggressive, fast, and smart player that loves making plays between the lines and at Towson I understand that playing time is not a given its earned.

Now that you’re committed to Towson, what kind of goals have you set for yourself?
For the 2018 High School Season, my goal is to assist my La Costa Canyon HS team to win another CIF open division championship. This summer, my goal is to make the West Coast Under Armour team and enjoy competing at a number of club events this summer. As a college student at Towson University, my goal is to be a successful student and help them win a Lacrosse National Championship!