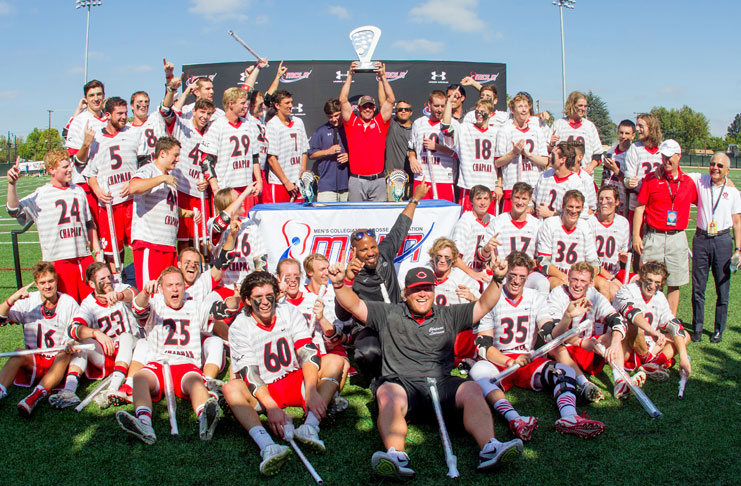 PETALUMA, Calif. – The Men’s Collegiate Lacrosse Association (MCLA), the preeminent non-varsity league in the country, is pleased to announce that LaxTV will broadcast all 30 tournament games at the 2017 MCLA National Championships powered by Under Armour free of charge to lacrosse fans across the country.

The championships will take place at UC Irvine and Chapman University from May 8-13, 2017.

This is the third season that LaxTV will be broadcasting the culmination of the MCLA season. Each of the broadcasts will be interactive with live commentary and interaction with the viewers via Twitter.

“LaxTV is excited to be back for the 2017 MCLA National Championships powered by Under Armour,” said LaxTV president Panchito Ojeda. “It is one of the greatest festivals of lacrosse around and we are energized to get this out to lacrosse fans throughout the world.”

Shop the best selection of custom and stock Lacrosse Helmets and accessories at LacrosseMonkey!

“The coverage by LaxTV has improved every year, and we are looking forward to them raising the bar even higher in 2017,” said MCLA president Ken Lovic. “Allowing lacrosse fans across the country to see our top teams and championships is hugely important. We know LaxTV will give us that exposure.”

The first round takes place on and is followed by the quarterfinals on Tuesday, May 9 – both at UC Irvine. The semifinals (Thursday, May 11) and the championship contests will be hosted by Chapman University.

The full game schedule will be announced on MCLA.us once it is available and all the games will be hosted free by YouTube. Links to the broadcast will be sent out via Twitter, Facebook, MCLA.us and the LaxTV homepage.