Laura Tran is the Athletes Choice Workhorse of the Week 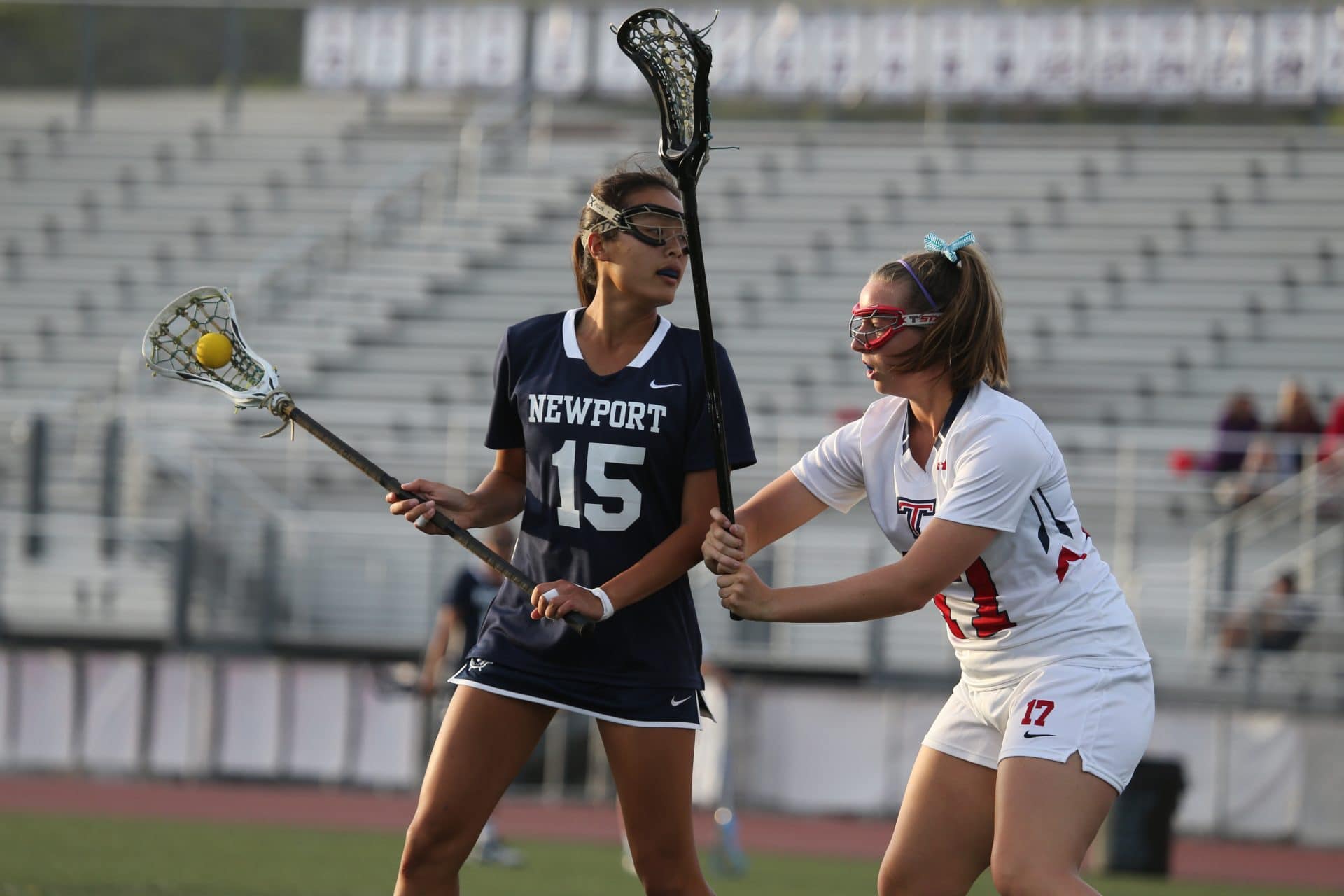 Laura Tran (Newport Harbor ’17) is the Athletes Choice Workhorse of the Week.  Just two years after getting promoted from the Sailor JV team to varsity, the 2017 class valedictorian walked on to the UC Davis Division 1 roster.

Although it is rare for a player with only two years of high school varsity experience to play at the D1 level, Tran’s work ethic and athleticism give her the right stuff to overcome her late start as a lacrosse player.

“I was not surprised to learn that Laura earned a spot as a walk-on,” former Sailors coach Matt Armstrong said by email.  “First, she truly is a work-horse (to use your term)—very self-motivated, driven, and unwilling to accept anything less than her best.  She is very competitive, but in a stealthy way; you wouldn’t guess it about her just by casual observations.”

“In her first couple years, she was a strong JV player,” Armstrong continued.  “She didn’t require a ton of coaching, as she was simply able to pick up what she needed as she needed it.  As she came into her junior year, she was on the varsity bubble, and just made the team.  Over the course of that season, she focused and improved tremendously…and earned the occasional start.  Between her junior and senior year, Laura worked on her game as hard as I have seen anyone work.  She leaped forward in skill and IQ, and her determination and grit gave her a lethal combination.”

Now that she is an Aggie, Tran is reunited with high school teammate Rylie Siegfried (Newport Harbor ’16).  She is also the fourth member of the Sailors from her class to play NCAA lacrosse.  Katie Hendrix (Arizona State), Sarah Farley (Central Michigan), and Amber Skytte (Chapman) are the other three. Adena Rothbard will become the sixth Sailor in a three-year span to play NCAA lacrosse when she enters the University of New Hampshire next fall.

Armstrong does not think making the Aggies roster is the end of the story for Tran.

“Now I am excited about checking out what she does,” he said.  “I bet a couple years from now, Laura will be a key player on that UC-Davis team.”

Athletes Choice is the Premiere Lacrosse Training Facility on the West Coast. We offer Lacrosse Performance classes for all positions, boys, and girls as well as for all ages and skill levels. Former Division I and current MLL lacrosse players with years of coaching and training experience instruct our performance classes. We focus on pairing lacrosse skill development with strength, power, speed, and agility resulting in all-around lacrosse athletes. No matter what position you play we have a program for you. First 3 classes are always FREE!!!