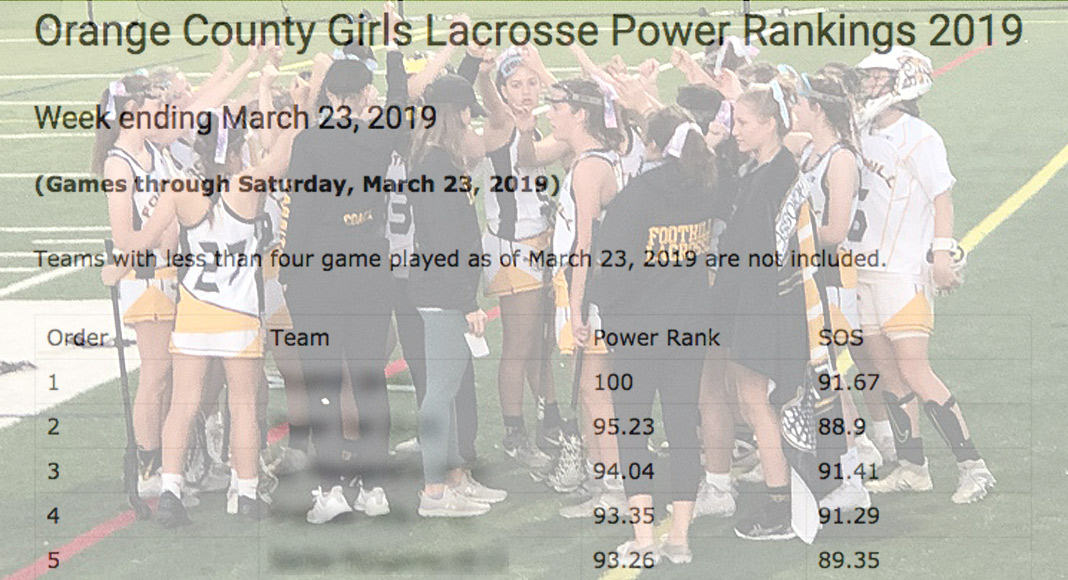 The undefeated Foothill girls lacrosse team has established itself as a clear No. 1, according to the 2019 MaxLax OC Girls Power Rankings, but there are a number of teams bunched up between Nos. 2-6 and even more bunched up between 11 and 20.

Foothill is undefeated at 6-0, with victories over three OC Top 10 teams, as well as La Costa Canyon from San Diego and Agoura from LA. This week will be key for the Knights, who face road games at Corona del Mar, Santa Margarita and Newport Harbor.

Santa Margarita is among five teams bunched up behind the Knights in the power rankings, and Newport Harbor is only a few spots behind that group.

further down the list, teams ranked No. 11 through No. 20 are separated by only about 2.5 rating points.