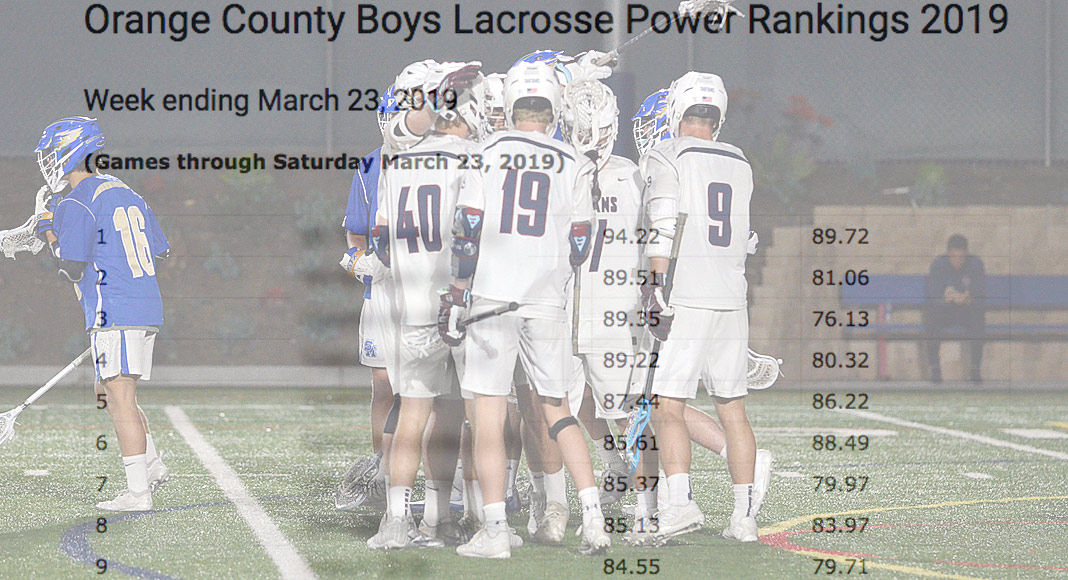 St. Margaret’s Episcopal continues to lead the 2019 MaxLax OC Boys Power Rankings after a fresh calculation over the weekend, but the more interesting stories are further down the list.

Among the things this edition is telling us about the quality of boys lacrosse teams in the OC include:

That last point, if it stands up over the course of the next month, could make playoff seeding quite interesting when the committee has to decide which teams have earned seeds 6, 7 and 8 — and home games in Round 1 — and which teams are seeds 9-12 and must go on the road.