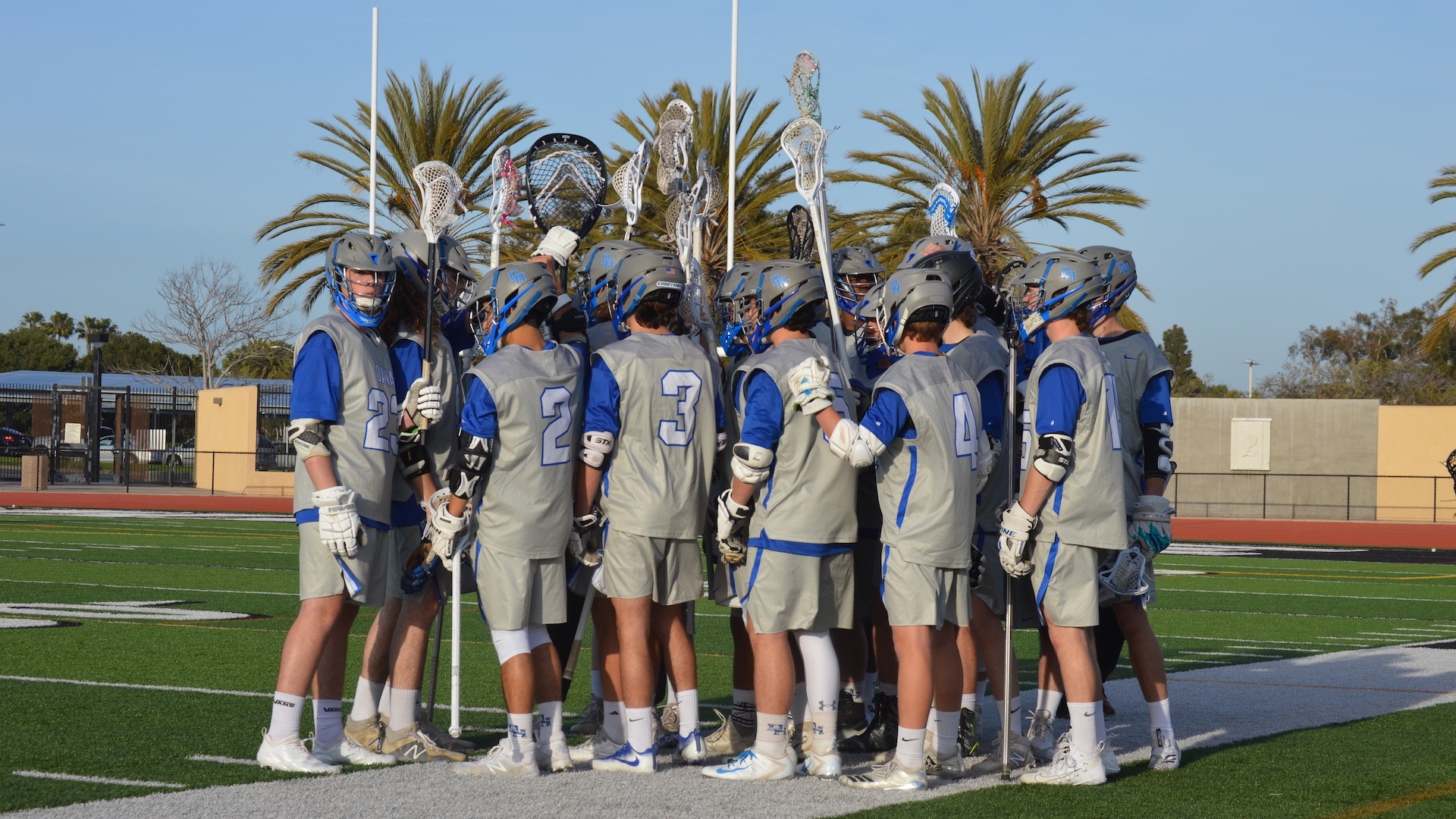 The Dana Hills boys’ lacrosse team completed an improbable comeback with six goals in the final five minutes to defeat San Juan Hills 11-10 on Tuesday. The win leaves the Dolphins with a 3-1 Sea View League record and still in the hunt for the league championship.

Despite losing their first matchup with the Dolphins 15-8, the Stallions came out quick, ready to show they deserved the win this time.  Nick Lagestee put the Stallions on the board first and it was game on.

Dana’s Tyler Hubbard (2g) quickly answered back to tie it up. Then Josh Mastropaolo and Mason Morrow (3g) traded goals and the game was knotted at deuces after the first quarter. The Dolphins were able to keep the score close thanks to the quick action of goalie Matthew Mooney who also made a key save at the end of the quarter to maintain the tie score.

The second quarter started off strong with Dana getting possession of the ball thanks to the faceoff play of Colton Clark.  Clark was seeing his first action this season after transferring from JSerra and he showed no signs of rust. Nevertheless, the Stallions scored four unanswered goals to take a 7-3 halftime lead.

The defenses tightened up in third quarter but the Stallions were still able to keep their scoring streak going and seemed to be in command as they started Q4 with a 9-3 lead.

As the clock wound down to the final five minutes of the game, time seemed to be running out on the Dolphins but then the team came alive with a goal by Sam Martin (3g). That statement making goal along with commanding performances at face-off by Ryan Allain and Clayton Vincent, started a 6 goal run for the next 4 minutes leaving the Dolphins leading 11-10 with 40 seconds left to play.

The Stallions gained possession of the ball in the final seconds, hoping to force a tie and overtime, but a game winning save at the buzzer by Mooney guaranteed the win for Dana Hills.