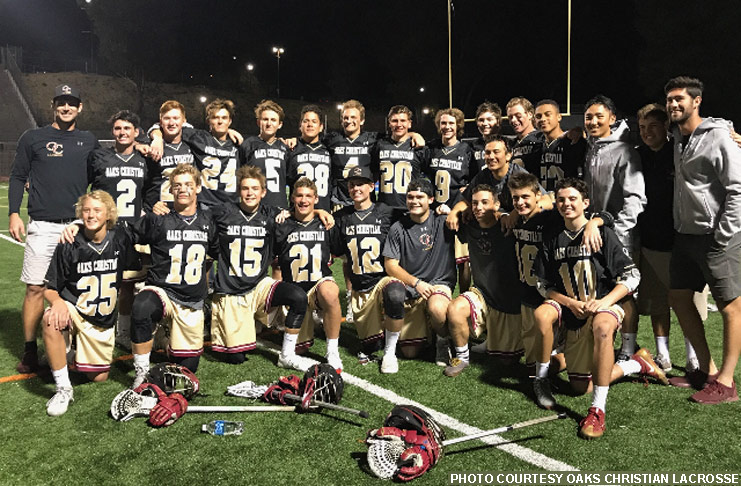 Senior Danny Redell scored the game-winning goal with 37 seconds to play Friday, giving visiting No. No. 6 Oaks Christian a 4-3 victory over No. 8 Westlake in the Marmonte League and regular season finale for both teams.

The victory gives Oaks Christian a 6-4 league record, tied with Agoura and Newbury Park for second place behind Thousand Oaks. The Lions have played seven games decided by one goal, including four overtime games, and are 5-2 in those games.

Friday, Oaks took a 1-0 lead on a goal from Redell, but Westlake scored, and it was 1-1 after one quarter. Cade Rogers took a pass from his brother Cort Rogers and scored to give the Lions a 2-1 lead, but again Westlake answered, making it 2-2 at halftime.

Westlake took its only lead of the game in the third period, and the score was 3-2 Warriors entering the fourth. Lorenzo Santor scored the equalizer, and Redell found the net in the game’s final minute to give Oaks its first lead since the second quarter.

A Lions penalty following the go-ahead goal gave Westlake an extra-man opportunity to close out the game, but the Oaks defense didn’t buckle, securing the win.