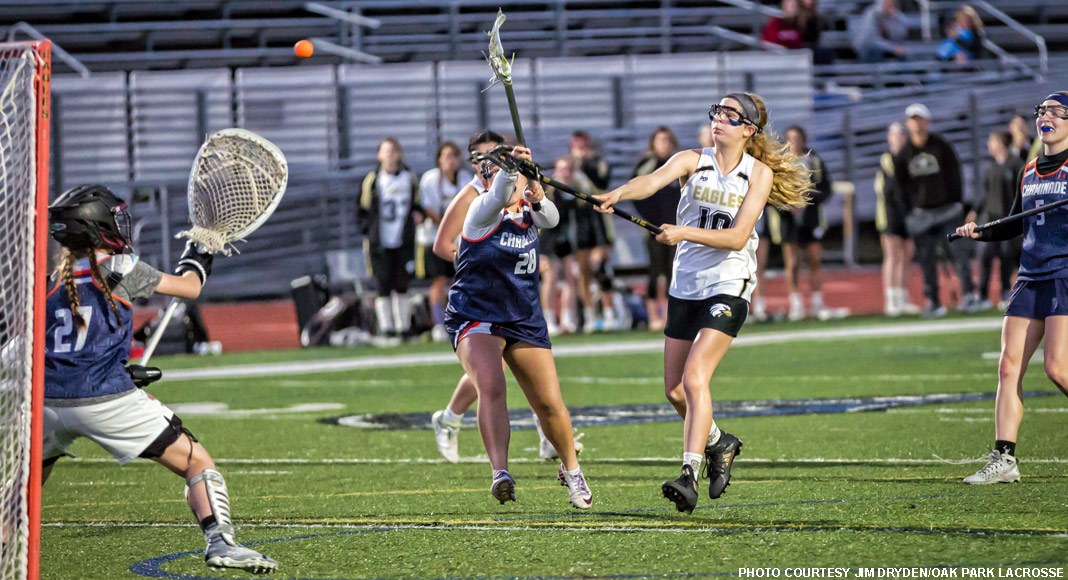 Senior Yael Kaufman scored on a free-position shot with 37 seconds to play Friday night, lifting No. 4 Oak Park to an 8-7 win over visiting No. 3 Chaminade.

Chaminade (9-2) had lost 9-2 to No. 1 Redondo Union earlier in the week, then cruised past Louisville on Thursday. Oak Park (6-2) also has lost to Redondo Union.

OP scored first Friday, and the Eagles either led or were tied until Chaminade took its only lead with about seven minutes to play. Chaminade scored three consecutive goals after Oak Park had built a 6-4 lead in the second half.

But junior Olivia Fagnani, who led Oak Park with three goals and an assist, pulled he Eagles even at 7-7 with 1:12 left. Kaufman controlled the ensuing draw, and Fagnani drew a foul that sent a Chaminade player off with a yellow card.