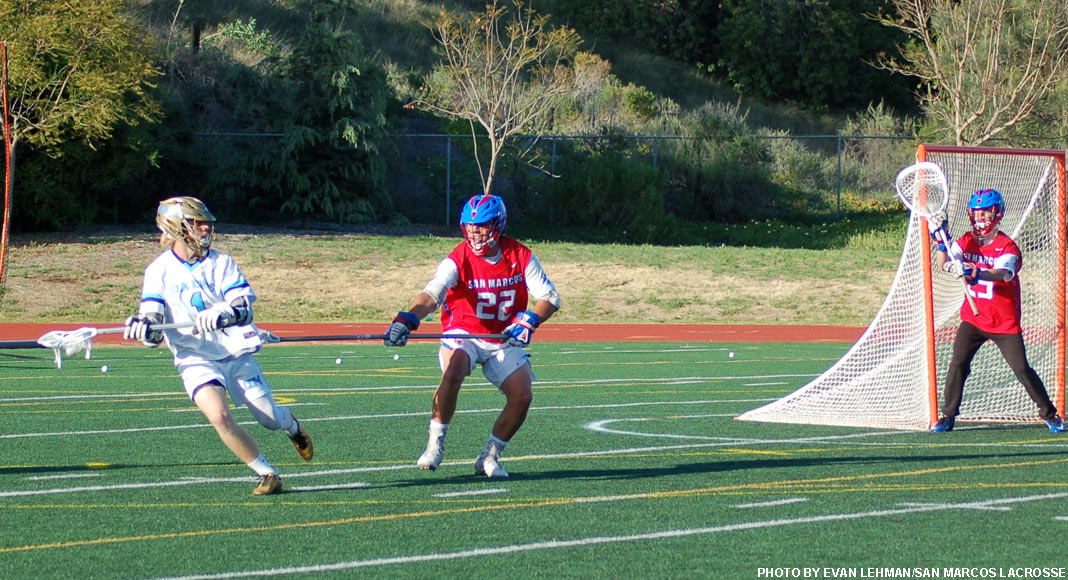 The Royals (10-2) lost for the first time since a season-opening loss to LA No. 8 Oaks Christian.

Mason Zimmerman scored four goals to lead the San Marcos offense, and goalkeeper Ryan Lehman stopped a number of CdM shots to keep the Royals in the game.

The teams were even at 5-5 entering the fourth quarter, but the Sea Kings squeezed in the go-ahead goal with three minutes to play. With the Royals extending their defense in pursuit of a take-away and a chance ti pull even again, CdM capitalized with an insurance goal for the final margin.

Coach Rick Lehman said his squad was proud of its performance against a program considered one of the best in Southern California. San Marcos is in only its fifth season of CIF-level lacrosse.