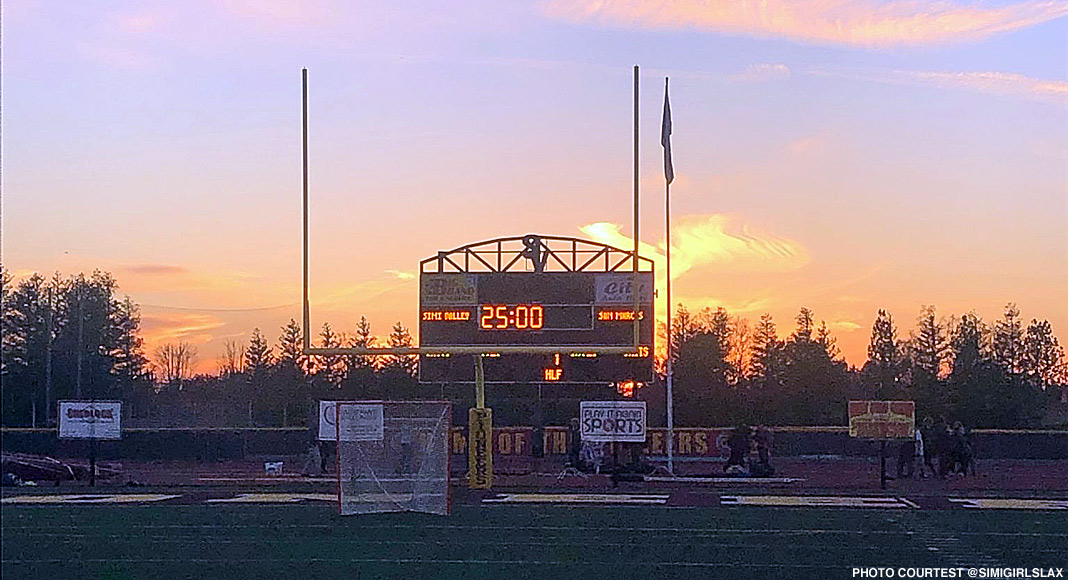 The Royals (2-4) led 2-1 at halftime and forged a 5-3 lead on an unassisted goal from senior Demi Robitaille with 10:55 remaining in the game.

Senior Amethyst Jai Battle scored back-to-back goals with 7:45 and 7:17 left to pull the Pioneers (3-3) even at 5-5, and the score stayed that way until the closing seconds.

With no time left on the clock, Emily Prieto puts the winning shot between the pipes. ⁦@laxratz⁩ ⁦@vcspreps⁩ ⁦@MaxLaxLA⁩ pic.twitter.com/myU7Qq2P4f

“I am so proud of how this team stepped up to play tonight,” San Marcos coach Paul Ramsey said, noting that his team has improved with every game and performed well through much of Thursday’s road game against an established, Top 20 program.

The Royals defense limited Simi Valley to 16 shots overall and protected their defensive end the best they have all season, Ramsey said. Sophomore goalie Shana Friedenberg had 11 saves for a career-best game in her first season playing the position. Robitaille led the Royals with 2 goals. Battle led all scorers with 4 goals for Simi Valley.

Information contributed by San Marcos Girls Lacrosse and culled from @SimiGirlsLax on Twitter.