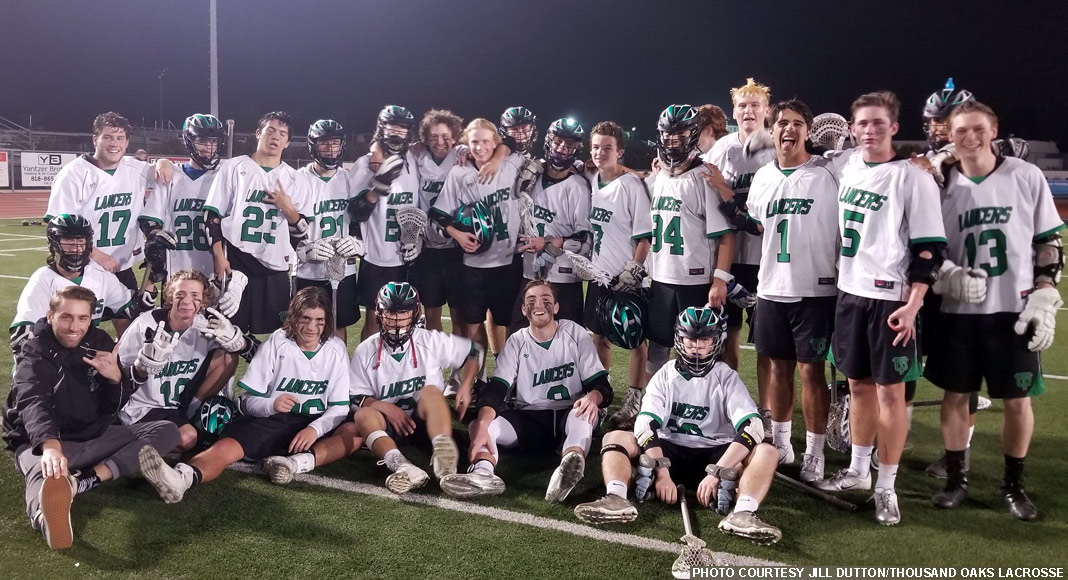 The 2018 season hasn’t gone quite the way the Thousand Oaks Lancers had hoped, but things came together Monday night with a 9-8 home victory over No. 5 Oak Park for the team’s first win over a Top 10 opponent this season.

And it’s not like the Lancers haven’t had their opportunities to beat a Top 10 team. Coming into Monday’s game, Thousand Oaks (3-13) had played 12 games against teams ranked in the Top 10 in either LA or Orange County and lost them all.

A season that began with Thousand Oaks ranked No. 7 in the preseason coaches poll opened with nine consecutive losses. Injuries and a schedule strength that ranks as the toughest in LA and fourth-toughest in the Southern Section combined to create a nightmare season for the Lancers.

But recent one-goal losses to No. 8 Oaks Christian and No. 6 Westlake provided a hint that things were getting better for the Lancers, and Monday night it all came together.

Thousand Oaks scored three consecutive goals in the second period to take a 6-3 halftime lead, then led 8-5 after three quarters. The Lancers stretched their lead to 9-5 early in the fourth quarter, but Oak Park came back. The Eagles blanked Thousand Oaks the rest of the way and chipped away at their lead, eventually pulling within one with 2:51 left. Oak Park had possession in the final minute, but the Lancers held on.

Drew Conlon (3 goals, 2 assists) and Nick Ditto (3g) led the Lancers’ offense. Andrew Berg, Spencer Whinery and Nick Riggio each had a goal and an assist.

Thousand Oaks closes out the regular season this week with games at Calabasas and home against Newbury Park. Oak Park (11-6) has finished its regular season and awaits word Sunday from the US Lacrosse playoff seeding committee.