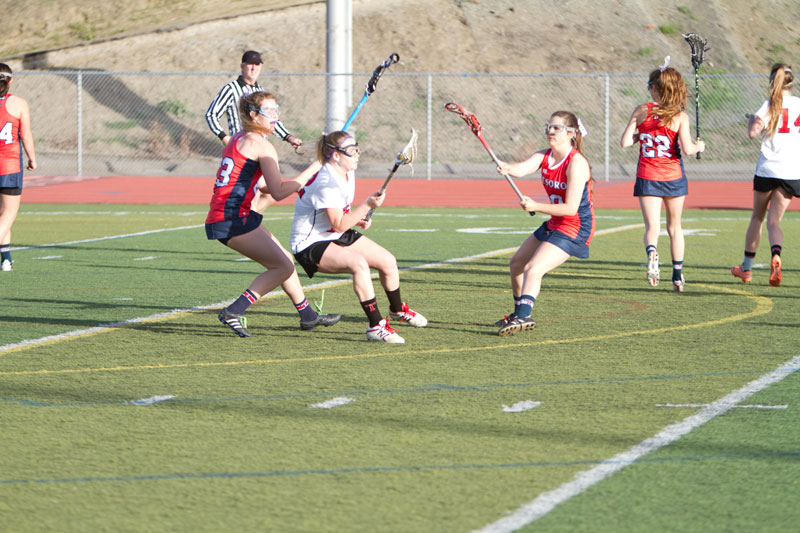 The price of success is hard work, dedication to the job at hand, and the determination that whether we win or  lose, we have applied the best of ourselves to the task at hand. (Vince Lombardi)

The San Clemente’s girls’ lacrosse team has been, to say the least, fragmented and wrought with unfortunate circumstances since its inception, but a little hard work and persistence can go a long way. As seen in the game on April 1st against a determined and tough Tesoro team, the San Clemente girls found themselves holding their own in the first half despite trailing 6-5.

However, in the beginning of the second half, Tesoro came out strong with a mission to run the score up, which is just what they did. With Tesoro posting four unanswered points in the beginning of the second half, San Clemente was yet again faced with the daunting task of climbing that long ladder out of the hole.  But climb they did, and with 12 minutes to go in the game, the Lady Tritons closed the gap to one goal.

Katie McGowan was a wall between the pipes, denying over 15 shots while the defense led a stifling shut down to quiet the Tesoro fans and their best attacker, Bella Mariles. With the clock ticking and the San Clemente faithful biting their nails, Olivia Merlino regained the draw and drove for the tying goal with 23 seconds left. Then just 17 seconds later with only 6 ticks remaining on the clock, Katelyn Miner sealed the deal with a game-winning penalty shot.

The entire San Clemente squad should be commended on persevering in overwhelming odds against a fierce Tesoro Girls Lacrosse team. The following Lady Tritons stood out with their notable performances: 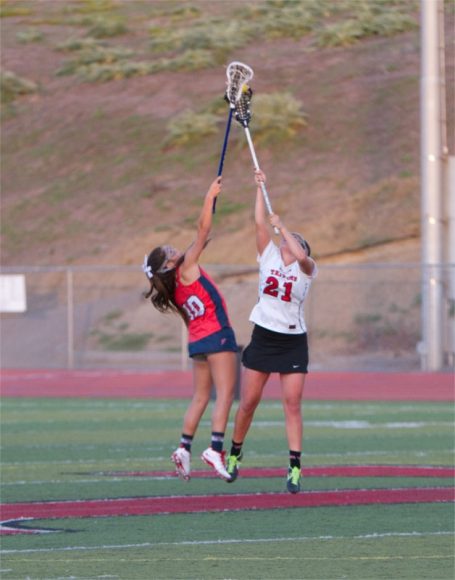