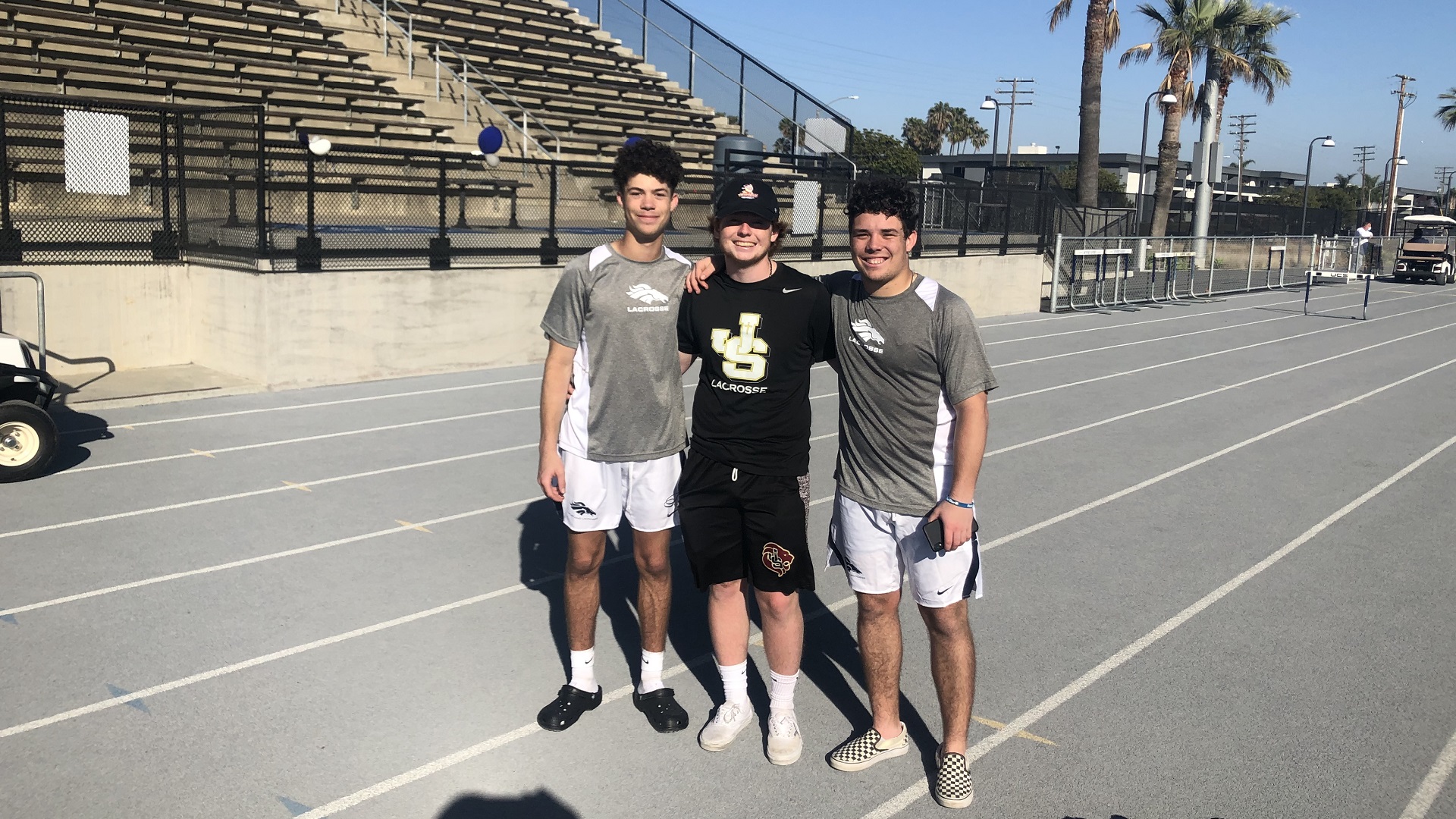 They say sports are what brings people together in this world. There may be no better example than Cole McKenney, Chuck McKenney and Jacob Bledsoe. Sports have served as a common bond for the three high school seniors for as long as they can remember.

In 2017, the McKenney family moved to Arizona, putting some miles between Bledsoe and the McKenney brothers. Cole said that it was tough saying good bye for now to Bledsoe and the rest of their friends. But as we all know, a few miles is nothing between friends and the friendship endured.

“It was tough to part with all my friends, including Jacob. But Arizona was a great experience. We [Cole and Chuck] were able to stay in touch for awhile with all our friends here, but at the same time make some connections and learn some lessons, Cole said.

The McKenney family returned to Orange County last year. Cole and Chuck joined their old friend Jacob as juniors at JSerra. As tends to be the case with good friends, nothing really changed in their friendship.

“The first day of school [junior year], Cole and I were super nervous. He [Jacob] was super outgoing, it was like we hadn’t left, it was great,” Chuck said.

While the three are no longer at the same high school (Cole and Chuck transferred to Trabuco Hills this year), they will become teammates and classmates once again next year at Calvin University in Grand Rapids, MI. Cole said that he and Bledsoe will be rooming with one another once they get to the school.

“I’m super excited. All three of us are really close friends and the chemistry on the lacrosse field transfers over with that [outside of lacrosse],” Bledsoe said.

The relationship between player and coach begins early at Calvin. Chuck said that Dave Hoger, the Calvin men’s lacrosse coach, always checks in on how they’re doing and he wishes them luck before games. Hoger even provides them with the live stream to Calvin’s men’s lacrosse games.

“He’s invested in the players that are on his team that he’s recruiting. He follows through on stuff like financial aid and where my admissions decisions was coming from,” Chuck said.

Hoger, who is in his fifth year for the Knights, says building relationships with future players is key so the player(s) to that they can feel welcomed to the team.

“It’s all about relationships. Guys have to feel to comfortable play for you, especially if they’re coming across the country,” Hoger said. “One thing I’m excited about and passionate about in that process, after a kid decides to trust me enough to come to our program and be part of what we’re doing. I want to make sure that he feels as comfortable as possible with me having conversations whether it’s life, lacrosse, academics, anything they are uneasy about.”

Hoger met Bledsoe at a tournament in the Midwest. While Bledsoe did well at the tournament, Hoger said that the thing that stood out from him was his work ethic.

“It really attracted me to them as young men and players and made me really want to have them be apart of our program,” Hoger said.

Cole, Chuck and Bledsoe are each excited about being on the same team at Calvin. Cole said that he and Bledsoe played really well together last year at JSerra and is super excited about he and his brother teaming up with him again.

“I think we’ll definitely be a step ahead just having the chemistry already, so we definitely have a good connection. We have six years together instead of four. By senior year, I’ll be reading his mind,” Cole said.