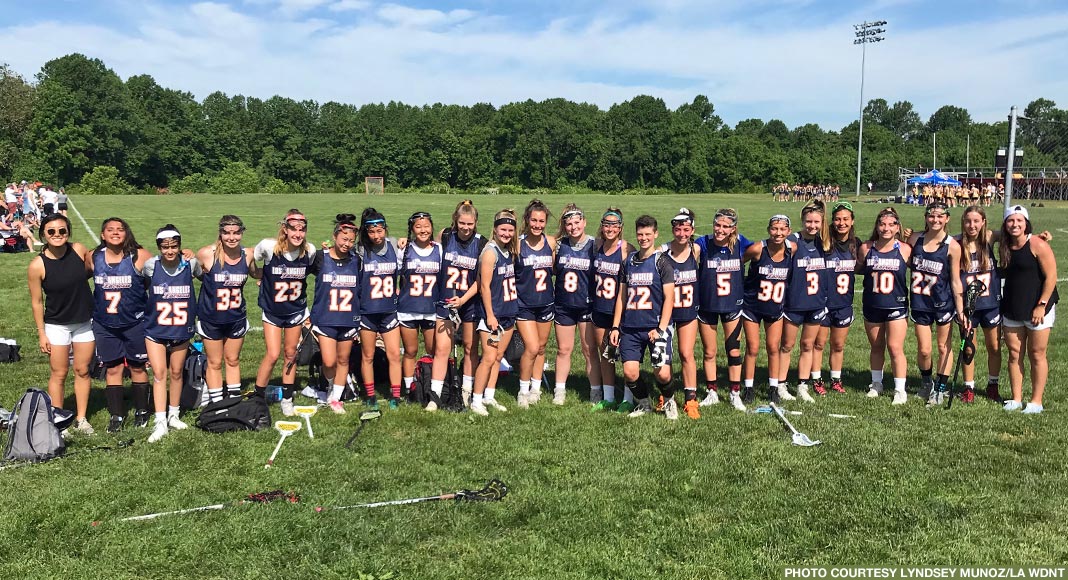 The Los Angeles entry in the Women’s Developmental National Tournament went 2-1 in pool play, then beat New Hampshire/Vermont II in double-overtime to claim the championship of the Iroquois Division over Memorial Day Weekend.

Coached by Westlake High coach Lyndsey Munoz and her former Stanford teammate Anna Kim, the Los Angeles girls defeated Tennessee and Central Texas in pool play but lost to Pittsburgh. Still, goal differential earned the LA team the pool’s No. 1 spot and a berth in the championship game.

“The girls battled hard all weekend and were determined to show the lacrosse world what Los Angeles lacrosse is about,” Munoz said via email. “Most of the girls took a red-eye out Thursday night, and we practiced until 9 p.m. Friday.” 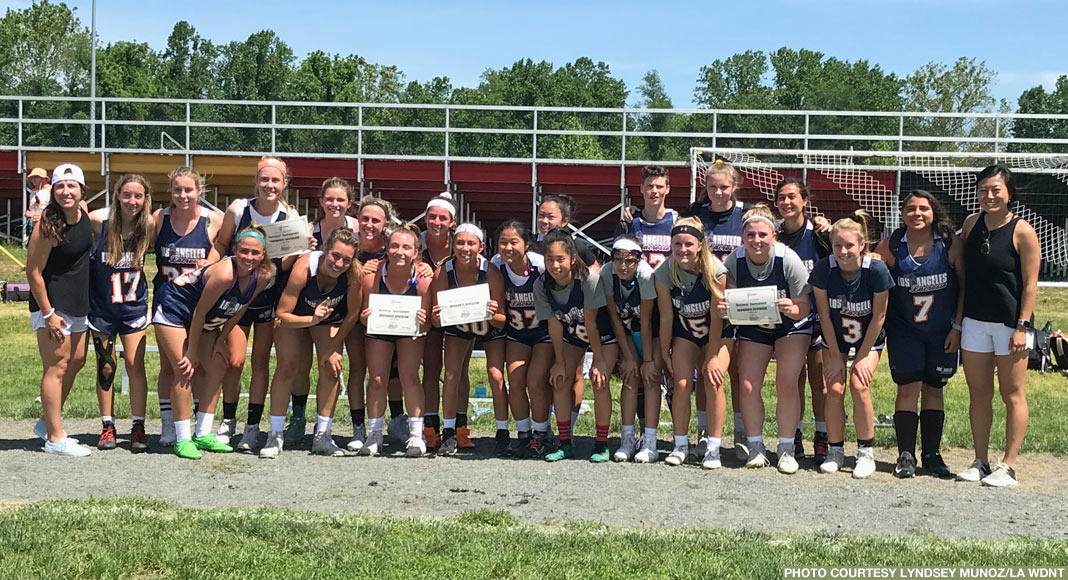 LA opened with a 10 a.m. start Saturday that resulted in a 16-6 win over Tennessee. After an hour break, LA dropped a 10-9 decision to Pittsburgh, which went on to finish second in the pool and win the third-place game on Sunday. Saturday afternoon, LA bounced back with a 12-10 win over Central Texas. Their plus-8 goal differential pushed them into the title game.

“They fought through so many elements and still performed incredibly well,” Munoz said. “I am so proud of this team, and grateful to have the opportunity to coach alongside Anna. We are both so excited for what the future holds for every single one of these girls.”

Coincidentally, Munoz said the championship game was played on the same field — at Cedar Lane Regional Park in Bel Air, Md. — that she played on as a member of the DC Metro roster in the same tournament 10 years ago.