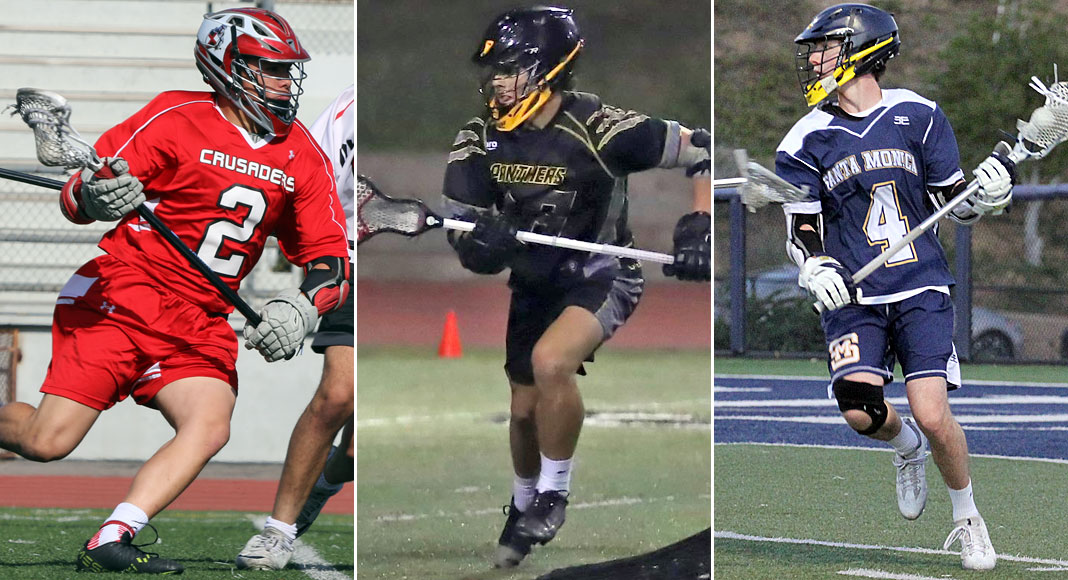 The 2019 high school lacrosse season is just around the corner, and MaxLax has you covered. Today we begin our countdown of the Preseason Top 20 CIF boys lacrosse teams in LA, based on a poll of area coaches.

Of 53 head coaches invited to participate, 30 cast ballots. Here are the teams ranked No. 16 through No. 20 heading into the 2019 high school lacrosse season, which opens Feb. 23.

In only their second CIF season, the high-scoring Crusaders announced their presence with authority, going 11-3 in the regular season and earning the No. 15 seed in the Championship Tournament. Senior midfielder Kyler Konjoyan (79 goals, 17 assists), an Academic All-American last year, returns to lead the squad, along with junior face-off middie Matthew Walz and senior goalie Jacob Zinder.

Last year was something of a rebuilding season after the Panthers graduated 19 seniors off their 2017 roster. After scuffling through the regular season, Newbury was seeded No. 2 in the Postseason Invitational Tournament and won twice to reach the title game, where the Panthers lost in overtime.

The Vikings finished No. 19 in the final regular-season coaches poll last year, then reached the semifinals of the Postseason Invitational for the second season in a row. Valencia, which graduated eight seniors who were planning to play in college off that squad, joined neighbors West Ranch, Hart and first-year CIF program Saugus in forming the Foothill League this season.

Senior attack Josh Bettger and sophomore face-off specialist Garrett Cooley return, along with goalie Kenji Mushaney. Last year, the Sea Hawks earned the No. 5 seed in the Postseason Invitational and lost to host Valencia in the first round.