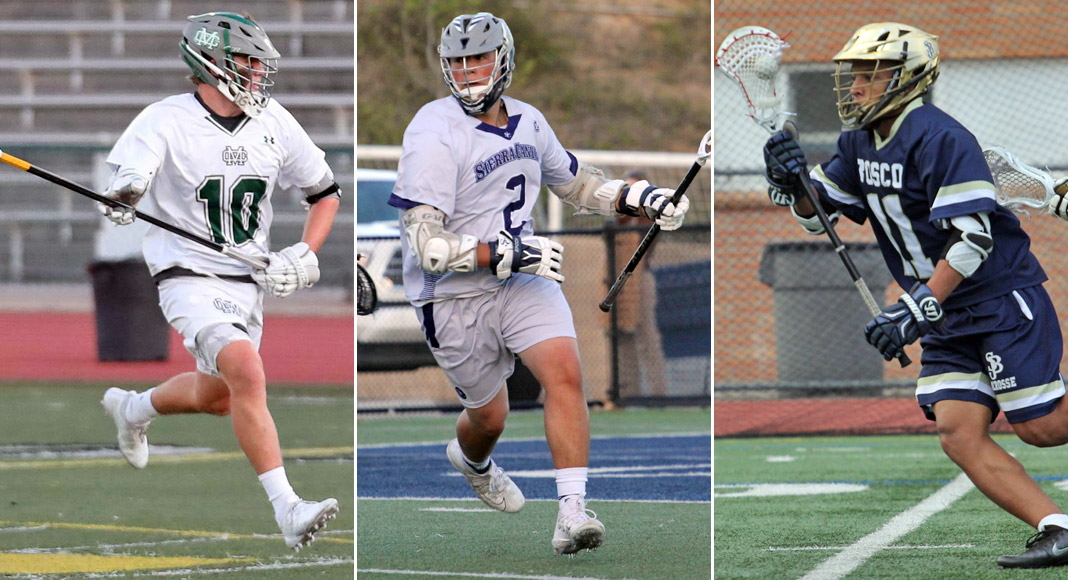 MaxLax continues it’s look at teams voted into the Preseason Top 20 of the 2019 high school lacrosse season with teams Nos. 11-15, based on a poll of area coaches.

Of 53 head coaches invited to participate, 30 cast ballots. Previously we looked at the teams ranked No. 16 through No. 20 heading into the season, which opens Feb. 23.

The Mustangs return a solid nucleus of veteran players from a squad that earned the No. 12 seed in the Championship Tournament last spring.

The offense returns senior attacks Connor Barnes and Josh Maruyama, both of whom were named first-team All-Bay league last year, and senior middie Max Geoghegan, who was a second-team all-league pick.

Mira Costa opens its season Feb. 27 against No. 2 Palos Verdes.

The Trailblazers won the Gold Coast League for the fourth consecutive season in 2018, earning the No. 11 seed in the LA Championship Tournament, where they lost to No. 6 Oak Park.

Gone are senior stalwarts Matt Chopp (St. John’s) and Trevor Clark (Colorado), but a number of talented players return. Senior attacks Mac MacLean (Bucknell) and Isaiah Cree will hold down the offense, while senior Cooper Endicott takes face-offs to get them the ball. The Trailblazers will turn to senior Eli Tuovsky to replace four-year starting goalie and league MVP Clark.

Sierra Canyon opens its season Saturday, Feb. 23, at No. 4 Agoura.

In only their fourth season of CIF play last spring, the Royals posted a 13-2 regular-season record and earned the No. 9 seed in the LA Championship Tournament. But the group of seniors that helped build the program over the last few years graduated, leaving a lot of question marks.

Goalies Ryan Lehman, a senior, and Josh Glasman, a junior, return to anchor the defense, and senior middie and face-off specialist Shea Rousseau should help the Royals gain possessions.

The Braves claimed the championship of the Postseason Invitational last spring, scoring in overtime to beat Newbury Park and cap the best season by far in the program’s young tenure as a CIF team.

The 2018 Braves listed only one senior on their roster, though, meaning 2019 could see them take another step forward. Senior middie and face-off specialist Mitch Myers, who has signed to play at Dartmouth next year, leads the returning players. Senior attack Luke Hill (Aurora) and senior defender Alek Wilson (New York Maritime) also return, along with twin midfielders Isaiah Dolphin and Miles Dolphin.

The Lancers capped a nightmare season last spring — an 0-9 start and 13 losses against teams in the Top 10 in either LA or Orange County — with the No. 14 seed in the Championship Tournament. The season ended with a 10-3 loss at Harvard Westlake, and a number of key seniors graduated.

But T.O. traditionally is a deep program, meaning they’re sure to have plenty of talent to put next to returning midfielder Nick Ditto, a second-team All-Marmonte selection last year, and senior middie Andrew Berg, who missed the first month of the 2018 season after transferring from Sierra Canyon. Junior defender Luke Smiley, an honorable mention all-league pick, also returns.