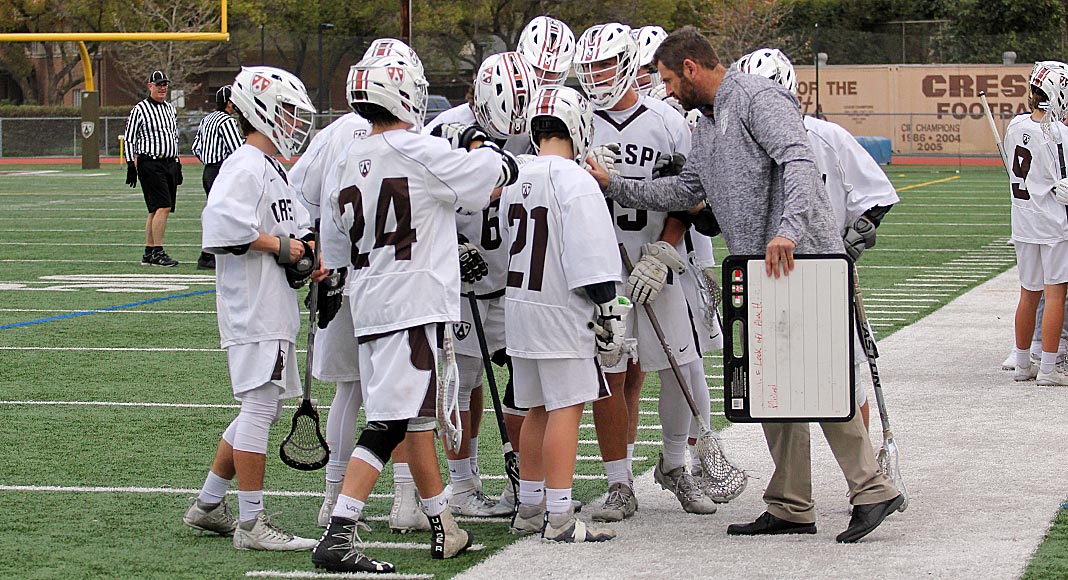 The Celts return as many as 20 players from last year’s squad, a team that went 9-10 with a first-round playoff loss. That kind of depth and experience give Crespi reason for optimism.

Seniors Logan Soelberg (62g, 17a) and Cam McNeal (16g, 11a in 8 games) and junior Miles Matthews (28g, 1a) are among the top offensive players returning. Soelberg, committed to Yale, was a US Lacrosse All-American and the Mission League Player of the Year last season. McNeal is looking forward to a full season with the Celts after sitting out the first month last year as a transfer. Junior Jason Rosenberg (6g, 10a in 7 games) will look to contribute more in a full-time role, as well.

The graduation losses of face-off and defensive middie Matt Salerno, a walk-on football player at Notre Dame, and goalie Jimmy Acheson will have coach Brock Livingston searching for some specialists. Senior Nick Bruni (20 of 36) and junior Taylor Evans (20 of 36) are among Crespi’s face-off candidates.

Last year’s team, with 14 freshman and sophomores, went 1-10 against teams that made the 16-team championship playoff tournament. Four of those losses were to Mission League opponents and perennial Top 10 programs Loyola, Harvard Westlake and Chaminade.

The schedule doesn’t get any easier this year, with nine games against teams in the preseason Top 20, although nine of the Celts’ 14 games will be at home.