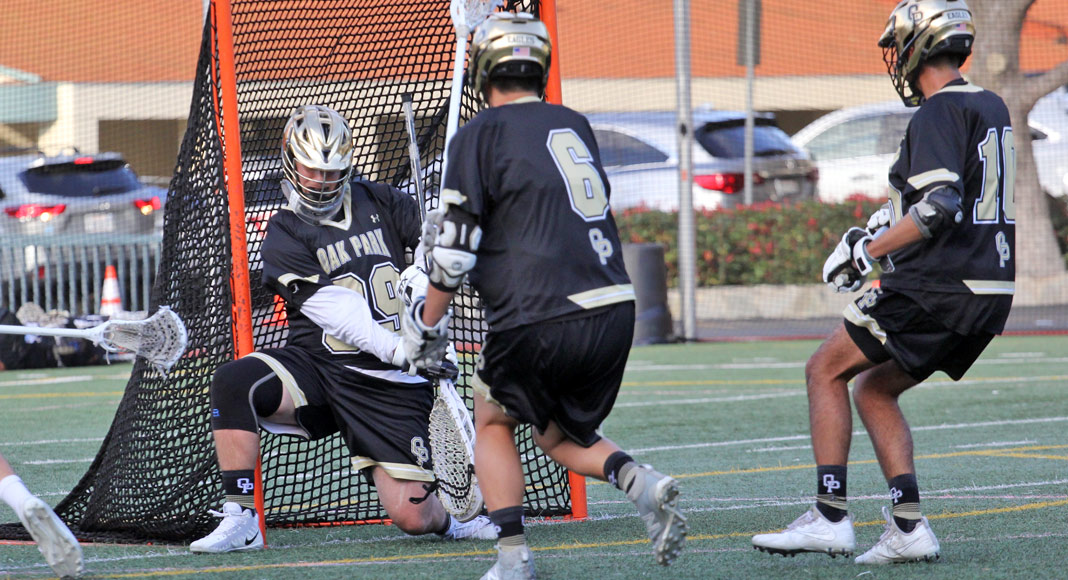 The sixth-ranked Eagles graduated their three starting defenders and three of their four top scorers last spring, but they nevertheless return a remarkably strong roster heading into 2019.

Two-time All-American Tyler Bradbury is the most well known of Oak Park’s returning offensive players. He was the team’s offensive MVP as a sophomore and was named overall team MVP as a junior after scoring 76 points (43g, 33a). He is committed to the University of Utah.

“Tyler is a complete attackman,” Eagles coach Tarik Ergin said via email. “Fully ambidextrous, he can QB an offense, he can dodge for his own shot, so dangerous off ball, a great finisher, an excellent feeder, and a ferocious rider. The best change-of-direction dodger we have ever had at Oak Park. He will have (barring injury) all the career OP scoring records by the end of the season. The frosting on the cake? He is humble, selfless and extremely coachable. He works as hard as any high school player I have ever seen. If trades were possible, I wouldn’t even consider an offer.”

This year, Bradbury will team on offense once again with senior Max Manyak, who missed all of last season to injury after scoring 53 goals in his first two seasons and committing to continue his career at the University of Notre Dame.

“He is fully recovered and no longer even needs a knee brace,” Ergin said. “Big, strong and fast, Max is another dream to coach, very humble and eminently coachable. Another incredibly hard worker. He is a physical dodger with high-velocity shooting capability. A true two-way midfielder, he is also as good a defensive middie as we have ever had.”

Sophomore attack Sam Peters (14g, 3a as a freshman) will be expected to contribute on the offensive end, as well.

Defensively, the Eagles return senior goalie Connor Kaminsky, the the team’s defensive MVP last spring. And he will have an (almost) entirely new squad protecting his crease. Senior Alistair Ong will captain a defense that includes seniors Wyatt Piurkowski and Willie Hedlund. Here’s what Ergin said about each of them:

Oak Park joins the newly formed Coastal Canyon League this year, along with neighborhood rival No. 4 Agoura, Royal and Simi Valley. Competing for a league championship will be new for the Eagles, but that didn’t prevent them from loading up the nonleague schedule with area heavyweights. All 13 of Oak Park’s nonleague games are against teams ranked in the Top 20 of either the MaxLaxLA coaches poll or the MaxLaxOC preseason poll.

The Eagles open their season Saturday at OC No. 11 Los Alamitos.