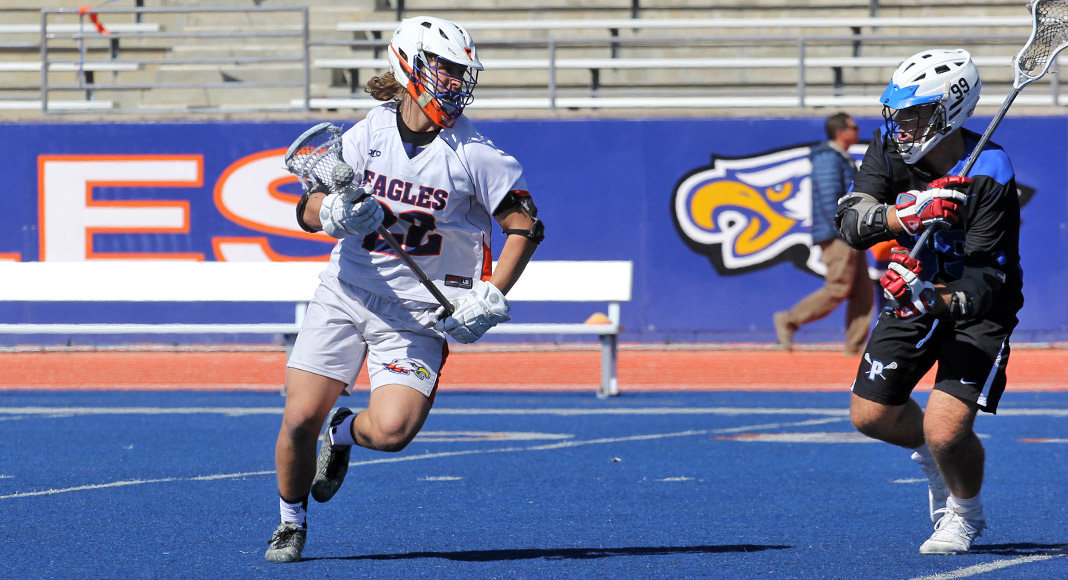 Chaminade finished 11-5 last spring, the program’s best record in at least eight years. Four of those five losses were by one goal, with two of them in overtime, including a 6-5 double-overtime loss to Agoura in the semifinals of the LA Championship Tournament.

Eight starters or key rotational contributors return from that team, which allowed only 6.2 goals per game, including the core of the Eagles’ defensive unit. Senior goalie Nick Carney will anchor the defense, and he’ll be protected by three junior returning starters.

That deep and experienced group of returning players, coupled with the Eagles’ continued progress under coach Steve Lane — they were the No. 11 playoff seed in 2016, No. 10 in 2017 and No. 4 last year — earned Chaminade the No. 5 spot in the MaxLaxLA preseason coaches poll.

While there is experience and talent at all three levels for Chaminade, the defensive group returning stands out. Jake Cloutier was named second-team All-Mission league, and he again will play alongside Ryan Cornelius and Carson Holtke. All are juniors.

Here’s how Lane described each of them:

Joining Larson on offense are three other members of a stacked junior class for the Eagles: Attacks Nico Rabushka and Nino Leone, both of who were starters a season ago, and versatile midfielder Trevor Roberts.

Chaminade didn’t field a JV team in 2018 and lost only three starters to graduation, providing optimism that this season could bring even more success. The Eagles open their season Saturday at No. 10 Palisades, the first of at least 11 games against ranked opponents.