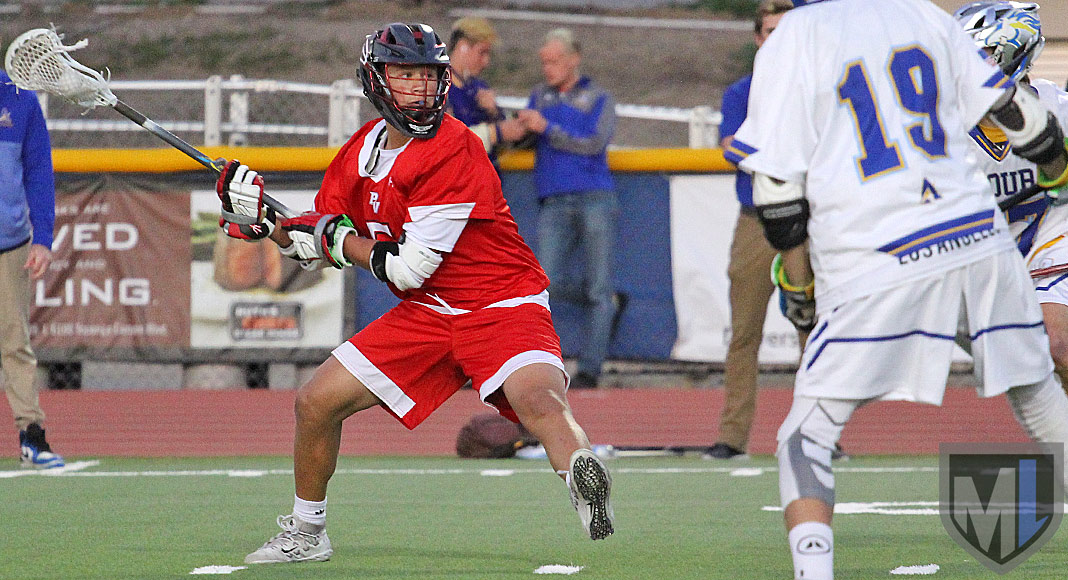 The Sea Kings return no fewer than nine key contributors from the team that went 19-4 and reached the LA Championship title game for the ninth consecutive season. Seven of those nine are sophomores and juniors.

That kind of depth is why PV has been ranked No. 1 or 2 in the area for nearly a decade.

Sophomores Brad Sharp and Michael Nagy (pictured) return to lead the offense. An attackman, Sharp’s resume blew up after a freshman season in which he scored 88 points (34g, 54a). His list of accolades include US Lacrosse All-American, All-Area Offensive POY and Bay League POY. Nagy earn first-team All-Bay after scoring 48 points (28g, 20a).

Junior face-off middie Cole Clinton, a second-team All-Bay pick who is committed to Sacred Heart, will take on full-time duties at the dot. He won 135 of 180 draws as a sophomore (75 percent) while splitting time with senior Colin Fitt.

The Sea Kings open their season Wednesday at No. 11 Mira Costa.