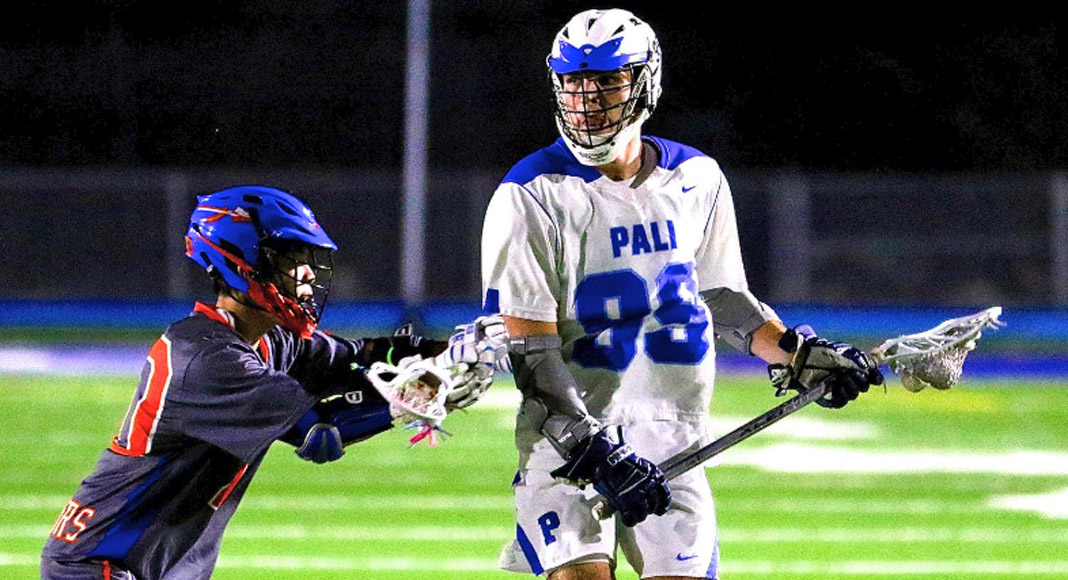 Palisades finished 11-8 last season, winning its third consecutive City League championship and fourth in the last five seasons. The Dolphins were seeded No. 13 in the US Lacrosse LA Championship Tournament and lost in the first round at Chaminade.

Coach Kevin Donovan said that though his squad lost four defenders and its two high-scoring attacks to graduation, the Dolphins will have depth for maybe the first time in his four-year tenure. He also said Pali has a good mix of youth and experience, with seven seniors mentoring seven freshman newcomers.

In all, Donovan said he has more than 60 players in the program and expects to be able to run two and maybe three full middie lines. The first of those middie lines will be anchored by senior Jack O’Rourke, a big strong downhill dodger who is currently weighing his college options, with a number of NCAA D-III schools still in play. Junior Reicher Bergstein and sophomore Grant Wilson both played mostly D-middie last year, but Donovan expects them to contribute on offense this year.

Junior Alessandro Caso will anchor the attack, although Donovan said Caso is coming off an injury and is expected to take it slow in the season’s early going.

Junior face-off middie Milo Sherman, whom Donovan says as among the top three or four draw men in the area, will be charged with getting the ball into the hands of that offense.

Defensively, Donovan hopes to be able to lean on senior Kyle Lee, who is committed to Brown, but Lee also is coming off injuries that kept him out all of last season, and he, too, is expected to take it slow in the early going.

The early going on the schedule looks daunting, though, with games against No. 5 Chaminade, No. 17 Newbury Park, No. 15 Thousand Oaks and No. 9 Crespi in the season’s first two weeks. Donovan said the schedule has the Dolphins facing eight teams ranked in the preseason Top 20.

Palisades opens its season with a City League game at Hamilton on Feb. 21, then plays host to Chaminade on Feb. 23.