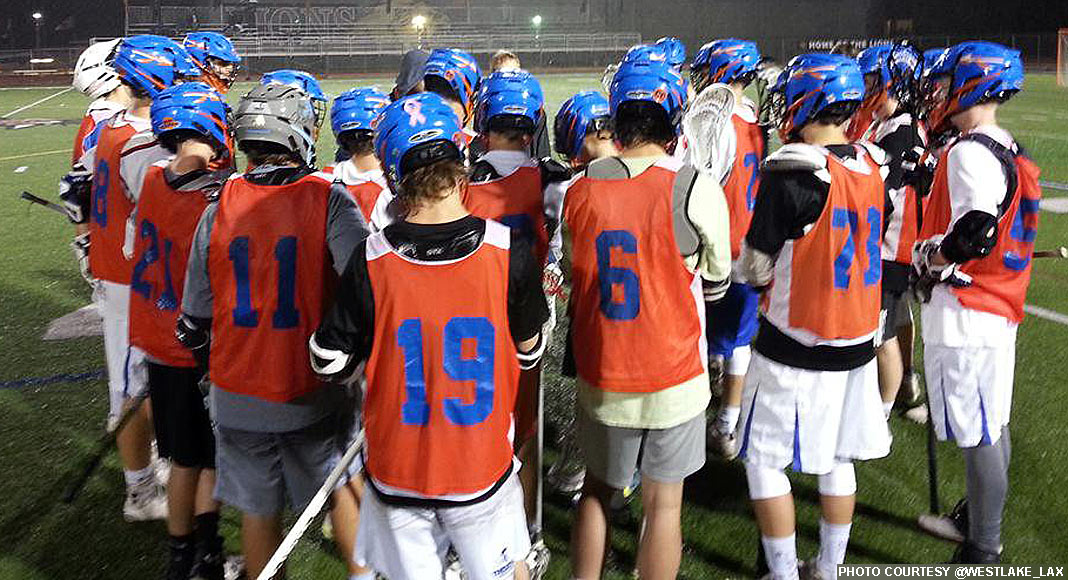 After a four-year run in which the program went 44-14, won three Marmonte League titles and twice reached the LA semifinals, the Westlake Warriors posted an uncharacteristic 7-9 record last season, including a first-round playoff loss.

To be fair, three of the nine losses were to 2017 top-five teams Palos Verdes, Harvard Westlake and Oak Park, and three of the five losses in an always-brutal Marmonte campaign came by one goal. The Warriors’ JV squad, meanwhile, went 13-3 last year, 9-1 in the Marmonte League.

All of that — combined with the fact that area coaches voted the Warriors’ No. 8 in the preseason coaches poll — suggests that last year might be more of an aberration than the beginning of a trend for the Westlake program.

Enter Peter Swander, the Warriors’ new head coach who returns to campus after coaching USC’s MCLA club in 2017. Swander was offensive coordinator at Westlake in 2016, so he’s very familiar with the school, the program and many of the players.

“On returning to Westlake I find it much the same,” Swander said via email, “large numbers of skilled and committed athletes running hard. John Danowski insists he starts from zero every fall and I believe he is right!”

The new coach is hardly starting from zero from a talent standpoint.

The Warriors return plenty of offense in senior attackmen Duke Cohen (two-time first-team All-Marmonte) and Seamus O’Brien, along with junior Nick Reilly, a three-year varsity player. Coming off an All-Marmonte League season as a freshman, Carson Kuhl will anchor the midfield as a sophomore. A receiver on the Warriors’ football team, Kuhl has caught 81 passes for 1,183 and 13 touchdowns in 18 varsity games the last two seasons.

Editor’s note: When initially published, the previous paragraph erroneously reported a college commitment for Carson Kuhl. That reference has been deleted. My apologies to Carson, the Kuhl family and Westlake lacrosse. – JL

There are holes to fill, however, most notably in goal, with the graduation of four-year starter Matt Kilkeary (Delaware). Swander said in the fall that there were a number of young goaltenders working hard in the offseason for a shot at the varsity roster and time in net.

The other hole is at the face-off dot, with Kitt Stoddard now playing MCLA ball at Cal. Swander said in the fall that sophomore Jacob Martin and freshman Jimmy Follette likely would compete for the face-off role.

So with a mix of experience, youth and plenty of talent, Swander has the Warriors looking to retake the Marmonte League championship. To do that, though, they’ll need more than talent.

“For Westlake to be successful this season,” Swander said, “we will need to put culture above strategy and team before individuals. Nothing is easy in the Marmonte league, ever. Egos shouldn’t be too large to step over and get after it.”