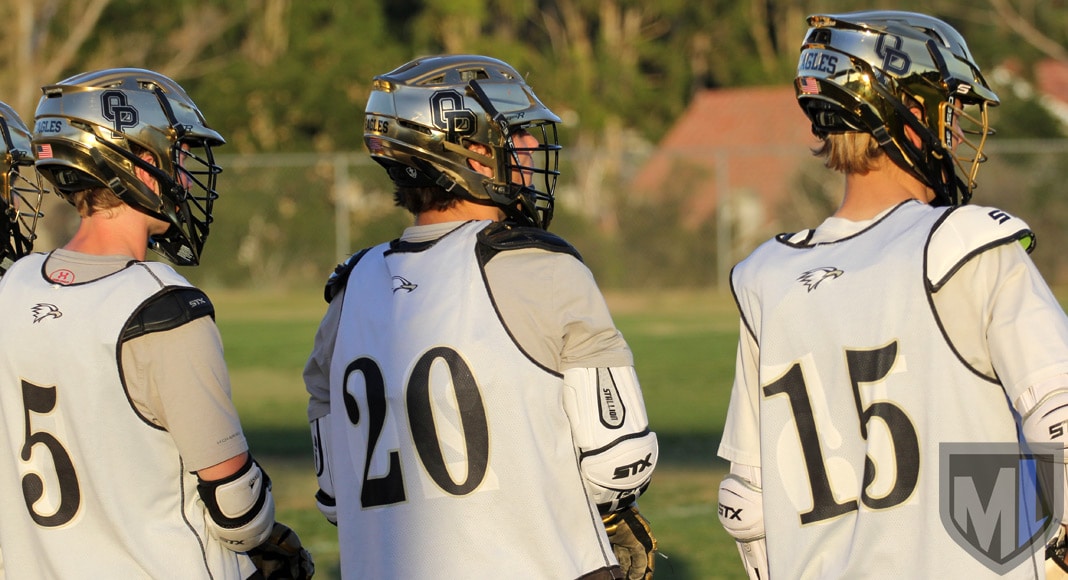 For a team that returns 11 seniors to a roster that came an overtime goal away from reaching the LA semifinals last spring, No. 6 Oak Park has some remarkably big holes to fill, both due to graduation and bad luck.

The Eagles averaged nearly 12 goals per game in going 15-5 in a season that ended with a last-minute loss at neighborhood rival Agoura. Despite a number of familiar faces, Oak Park coach Tarik Ergin said the Eagles will look different this year.

“We only graduated four seniors last year, but they played such key roles,” Ergin said.

The offense lost Max Bulko (53 goals, 9 assists) and Cal McCleery (11g, 12a) to graduation, and the defense lost junior LSM Joey Rosen (54 GBs), a Division I Jacksonville commit, whose family moved to Dallas. And junior middie Max Manyak, who scored 33 goals last season and is committed to Notre Dame, is out for the season after injuring his knee last summer.

But the Oak Park program is deep enough to replace many of those missing pieces. The one player that will be hard to replace is face-off middie Sam Torgove, a two-year starter who won nearly 60 percent of his draws as a senior.

“That’s going to be a problem,” Ergin said. “We just really don’t have a face-off guy, and some of these teams have guys who are committed to go play Division I college.”

That will put a lot of pressure on the Eagles’ defense, but it is a talented and experienced group that Ergin said excelled in a preseason scrimmage last weekend.

“We have an excellent defense,” he said. “I’ve never had a defense at Oak Park that took the ball away in one 30-minute game as I saw this weekend.”

The Eagles allowed only 7.75 goals per game last season and return their goalie — junior Connor Kaminsky (.510 save percentage) — all three close defenders and an LSM that Ergin says could become the best Oak Park has ever had.

In January, Ergin submitted the names of all three of his close defenders for consideration in our players to watch series, writing, “I have three that are athletic, slick stick-handling studs. Hard to say who is the best of the bunch.”

Nate Holguin (68 ground balls, 48 caused turnovers) was the team’s defensive MVP last year, and he is joined on the back line by the versatile Casey Hoops, a two-year captain who actually played some goalie last year and is capable of bumping up to the midfield. Jordan Broussard, a physical and tenacious on-ball defender with great skills and speed, rounds out the group. Junior Alistair Ong (44 GBs) will play LSM and rotate in with the other three at close defense. Ergin said Ong, a converted hockey player who came late to lacrosse, is fast, has a great stick and has developed rapidly.

In light of the face-off concerns, the Eagles will rely on that defense to hold opposing offenses in check and help get the ball back to the offense.

If the defense is able to make stops and clear the ball, it will deliver it to an offense that will feature junior attack Tyler Bradbury, who totaled 97 points last year (50g, 37a) and was named US Lacrosse All-American. He is committed to Utah. Bradbury will be playing alongside senior A/M Adam Julius (30g, 17a), a four-year starter and two-year captain.

Ergin said he expects juniors Jason Goodenough, who appeared in nine games as a sophomore, and Marcus Jasso to fill out the attack line. “I was worried about filling those two spots, but I think we’re going to be OK,” Ergin said.