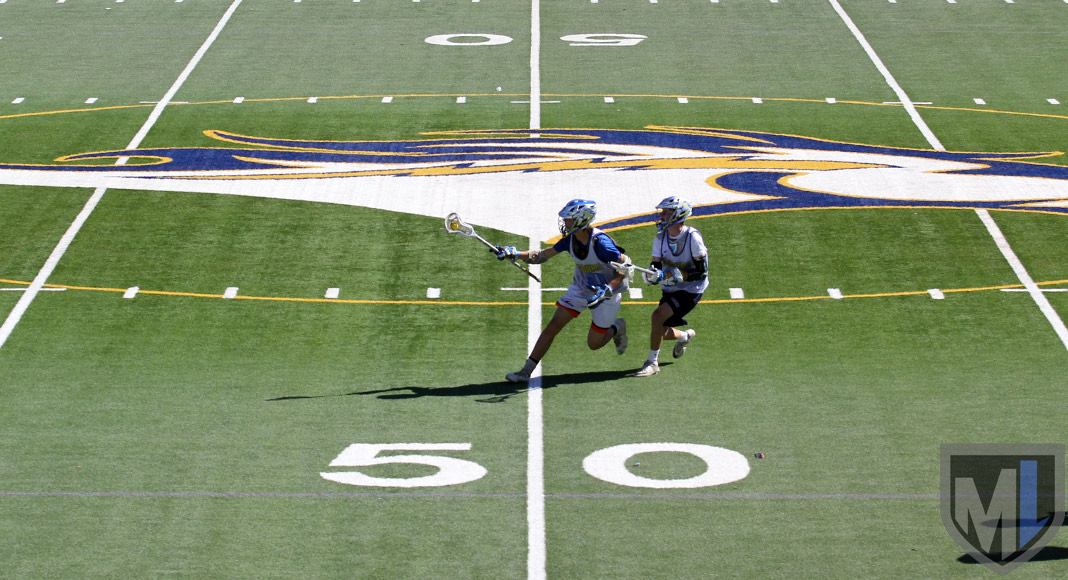 The Agoura Chargers enter the 2018 season ranked No. 4 in the US Lacrosse/MaxLaxLA coaches poll, something coach Sean Lindsay attributes more to how the Chargers finished last season than what they look like heading into this season.

“I wouldn’t have ranked us that high,” Lindsay said. “When I look at those rankings, it’s basically what the end-of-the-season rankings were. What coaches know about other teams, they’re just picking what they know from last year.”

Last year, Agoura finished 16-5 and reached the semifinals of the LA playoffs, the first time in four seasons the Chargers advanced past the first round. While they return a number of key players off that squad, they also are missing graduated seniors Marty Shargel on offense and Taylor Dankenbring on defense, leaving two big holes to fill.

“Every team is totally different with its own identity,” Lindsay said. “We’re still trying to figure out what we’re comfortable with, what our guys can do, and I have some good young players that I’m confident will step into bigger roles this year.”

Lindsay said he expects the Chargers to be stronger on defense in the early going, as they return more players at that end, led by LSM/D Cooper Isaacs (103 ground balls, 39 caused turnovers as a junior), a four-year varsity player who is committed to NCAA Division I Utah. He’ll be joined on the back line by juniors Sebastian Bernt (second-team All-Marmonte League) and Jaxson Spar, among others.

“Defense is all about being disciplined, communicating and getting on the same page,” Lindsay said. “We have a philosophy of how we teach defense here, and how I coach it. It’s all about discipline and fundamentals, and we crank out some pretty good defenders [Dankenbring (2017/Providence), Keagan Gauthier (2016/Maryville), Jonah Swigart (2015/Syracuse)], so we’re just going to stick to that game plan.”

The defenders will play in front of junior goalie Zach Tripp, who was named second-team All-Marmonte League in only his first season as a goalie.

“He really just learned the craft of how to be a goalie,” Lindsay said. “Last year he was kind of just thrown in there in January and was just playing on instincts. This summer he learned how to be a goalie, the finer points and intricacies of that. He went to a lot of camps and got trained by a lot of good guys, so I think he’s really going to have a great season.”

The other big reason for optimism at Agoura is possession, with senior face-off middie Spencer Foreman (second-team All-Marmonte) returning.

“Spencer obviously is a really good face-off guy; he has been for a while,” Lindsay said. “Keeping him healthy is a big thing for us. He wants to do more than face off, and he’s capable of doing more than facing off, but we just want to keep him healthy.”

Winning possession means delivering the ball to a Chargers’ offense that is in the process of trying to figure out how to replace Shargel, the 2017 Marmonte League co-MVP and a US Lacrosse All-American. While Lindsay might not have a 60-goal scorer waiting in the wings, he is confident there are enough talented players that the goals will come.

“Marty was just a product of how we played offense,” Lindsay said, “and I expect other guys to step into the role he leaves and just to be products of whatever we’re comfortable running offensively this year, which is probably going to be totally different than what we ran last year.”

Lindsay said that last year a lot of opponents assumed the Chargers’ offense revolved around Shargel, and many believed that shutting down No. 10 was the key to beating Agoura. If defenses are going to focus on anyone in particular this year, it likely will be sophomore attackman Douglas McCarthy, who was an honorable mention All-Marmonte pick as a freshman. Last year, McCarthy scored the game-winning goal for the Chargers three times, twice in the final minute of play and once in overtime.

“I’ve seen him take the next steps as a player coming into his sophomore year,” Lindsay said. “He’s definitely gotten bigger, faster, stronger. Dougie’s biggest thing this year is he’s going to be the quarterback now. It’s his attack down there, and he has a couple of other good guys down there on his left and right that had pretty good seasons last year, too. Douglas is going to get the best defenseman on every team now, so that’s something that he has to kind of prepare for.”

Junior Gage Garrison also returns on the attack line, and senior George Galer returns at midfield. Versatile players Tyler Whitney, a junior, and Boaz Conrad, a sophomore, also will be counted on to make the offense work.

If Agoura succeeds in discovering an identity for this team, it will answer the question of whether it truly is a top-five team.

“Did we think we were going to have the year we had last year? No, but it happened,” Lindsay said, “so anything can happen. You just have to prepare and be ready to play, and that’s hopefully what we’re going to do.”