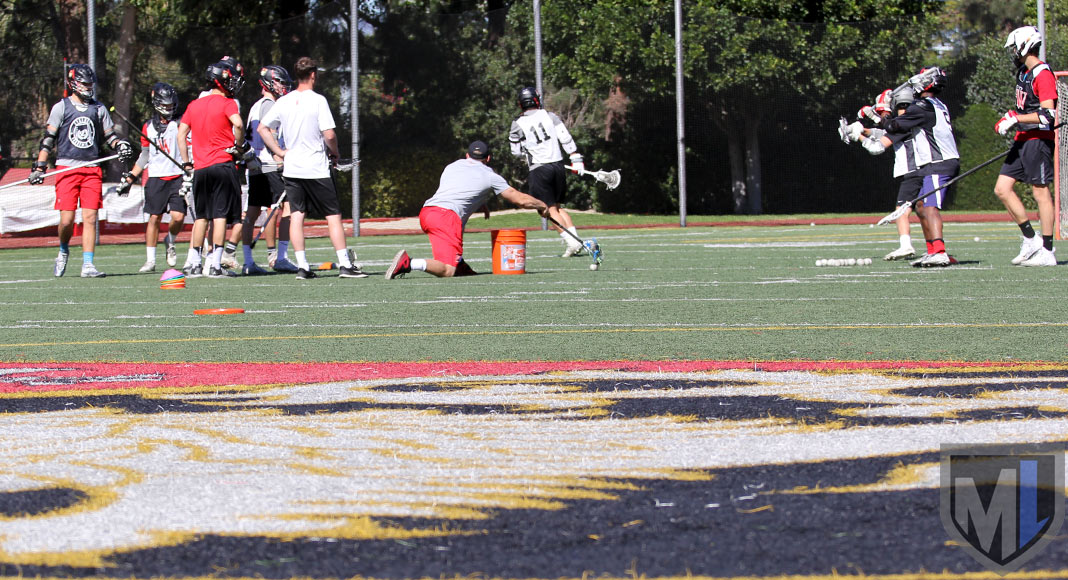 As Harvard Westlake heads into its third season under coach Erik Krum, the No. 3 Wolverines would seem to have all the ingredients to compete for an LA championship — a senior attack line, an athletic midfield, experienced defenders and a versatile face-off rotation.

What is lacking, Krum pointed out, is the kind of killer instinct that can carry a team deep in the playoffs.

“We don’t have ‘after second-round experience,’ and that’s big,” Krum said. “And I have to say, these kids are obviously highly academic; they are very well rounded student athletes. The one thing we’re looking for is that playoff dominance and that playoff attitude that each team has to have, not for one game — you have to have it throughout the entire playoffs.”

In the last four seasons, the Wolverines have entered the playoffs seeded No. 1, No. 3 (twice) and No. 4, but they have advanced beyond the second round only once. In 2014 and 2015, they lost second-round games at home. In 2016, Krum’s first season, Harvard Westlake led Loyola 8-5 early in the fourth quarter of the LA semifinals but lost 10-8. Last year, the Wolverines lost 4-3 at home to Oaks Christian in the second round.

“We scored three goals last year in the second round,” Krum said, both baffled and exasperated. “That was unheard of for our team last year.”

This year, with a roster that is deep, experienced and talented, Krum said his team is working on being better in the clutch and avoiding those sort of downfalls.

Look for the Wolverines to play the way they always do — fast and physical.

“Obviously with three senior attackmen — Tommy Park, Reid Hudgins and Paul Rodriguez [a US Lacrosse All-American last year] — we have senior leadership from our attack group,” Krum said, “and we’re running and gunning — if we’ve got breaks, we’re going. If we need to slow it down, we’re going to pull it out. That’s what we’re going to try to do this year.”

The midfield is made up almost entirely of juniors, but they all played significant roles last season, and some saw the field plenty as freshmen the season before.

Asher Early will lead the first midfield group as a fourth attackman. He will team with two-way middie Sultan Daniels, a two-time all-Mission League selection whom Krum says is the strongest player on the team and maybe in the league. A running back and linebacker for the Wolverines’ football team, Daniels has been a defensive specialist but will be counted on more at the offensive end this year.

Defensively, senior Simon Pompan and junior Donovan Econn both return, and they’ll be joined by sophomore Jack French, a transfer from Viewpoint. Expect them to continue the Wolverines’ reputation for aggressive play, heavy stick checks and causing chaos.

“That physical edginess in getting the ball on the ground is something that we really rely on,” Krum said. “We think there is a talent and skill level at being a little edgy and aggressive, in a controlled manner. If you can do it in a controlled manner and outwork your opponent, that’s what we’re trying to do.”

“One thing that Troy definitely did was teach Alex Russell,” Krum said. “He taught Alex Russell, who’s a junior now, for two years, and A-Russ took to the back seat and just really refined his craft. Alex Russell has been in the weight room day in, day out. He’s lost nearly 100 pounds from two years ago, maybe 110. He has had a complete spiritual, mental, physical lift. He is an unbelievable goalie; his footwork is incredible; his stickwork is great.”

So the Wolverines are talented and experienced, and Krum said they have been getting an injection of energy from a group of newcomers.

“We have freshmen competing in practice and kicking butt every day,” he said, “and I have to say, that inner-squad competition has been our juice.”

Krum cited freshmen D/LSM Niklas Grube and midfielder Brody Listen, along with sophomore middie Gideon Hyman, who missed all of last season with an injury, as young players expected to contribute early.

All of which adds up to what should be one of the better teams in the LA area, at least on paper. Krum is working on getting the Wolverines to prove it on the field — in May, not March.