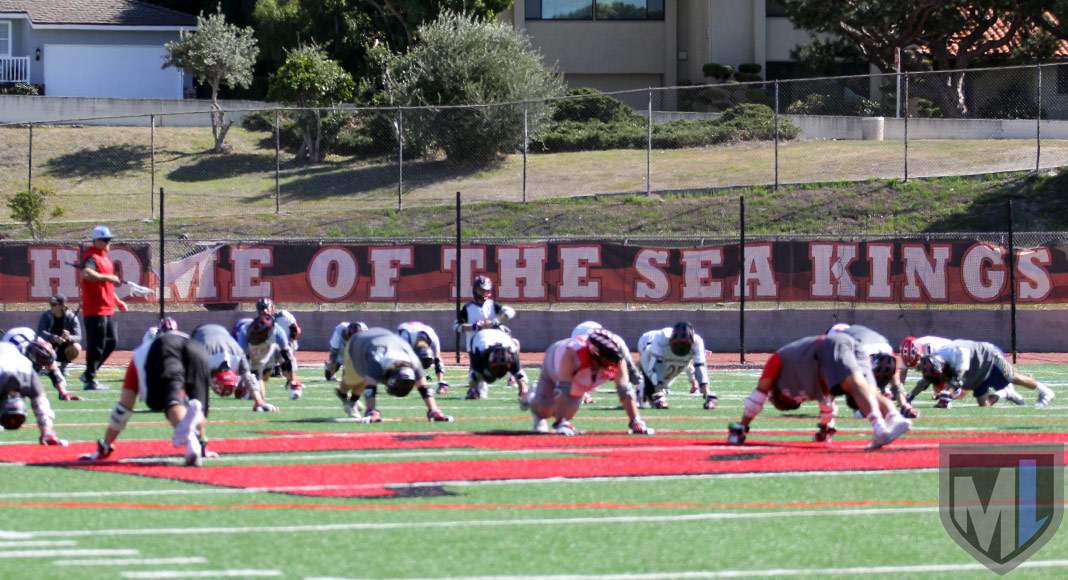 The Palos Verdes boys lacrosse team has reached the LA title game in each of the last eight seasons and won the championship three times. If the Sea Kings are to extend their streak this May, they will do so with a deep and experienced defense supporting perhaps the youngest attack group coach Jimmy Borell has fielded.

Borell said he might end up with a starting attack that features two freshmen and a sophomore, but he said all three have proven capable of handling varsity level play. All three — freshmen Matt Nagy and Brad Sharp and sophomore Birk Swan — have older brothers who played (or still play) defense for the Sea Kings.

“These guys have had a stick in their hands since first or second grade,” Borell said. “They’re super confident. If the ball’s on the ground, they scrap, they ride hard — I can deal with the freshman turnovers once in a while, because they fight so hard the rest of the game.”

The midfield, often a Sea Kings’ strength, will be led by senior Beau Sabosky, a two-year starter and an All-Bay League selection last spring who has recovered from a June knee injury. Borell said he also will look to Jack Quinn, a two-year starting defensive middie, to contribute on offense this year, as well.

“I’m happy to have Beau back,” Borell said. “He’s massive, and a 6-foot-4, 200-pound middie who’s as fast he is and as tough as he is — having him in the mix makes things a lot tougher for opposing defenses. We’re pumped; he’s worked his ass off to get back.”

Delivering the ball to that offense will be a face-off tag-team of senior Colin Fitt (Christopher Newport University) and sophomore Cole Clinton, who each bring a different style to the dot.

“I’m really excited about Fitt,” Borell said of his 6-3, 200-pound senior. “He looks freaking massive; he looks great, and then Cole has had an absolute hell of a summer and fall. He’s so damn quick. Having a one-two punch at face-off is a pleasant feeling.”

With Fitt and Clinton giving PV a better-than-even chance at possession on face-offs allows Borell the freedom turn both his offense and his transition game loose.

“You definitely can play a more fun version of lacrosse,” he said. “You can run up and down; you can make more mistakes. I think it’s just a lot more fun to play that way. You can play loose. You know if you mess up, or if they score a goal, we have a 70-75 percent chance that we’re going to get this face-off. Or if we do mess up, we have a couple of stud goalies and an awesome defense that can bail us out.”

Senior JJ Barry and junior Kyle McCann split time last year in cage and were both named first-team All-Bay League. Keeping them clean will be seniors Kyle McBride (St. John’s), Hart Swan (Denison) and Josh Park; junior Neil Randall; and sophomore Brandon Clark. McBride, Swan, Park and Randall all can rotate up to LSM and all are comfortable in transition.

“Our plan is just getting our D poles involved,” Borell said. “They already have good sticks, but [we want to] get them at an offensive level where they can be comfortable and handle and even dodge in transition. I think that can help out our young offense a lot if they can initiate or give us some early possession offense.”

The only thing that remains to be seen is whether the young PV attackmen can stand up to the pounding of a varsity season at the highest levels LA has to offer. At the very least, the injection of youth is giving the Sea Kings an injection of energy.

“They make mistakes, but they make them a million miles an hour,” Borell said. “As hard as these guys work, it’s hard to get down on their effort. A lot of the guys are bringing it until they puke, almost. It’s pretty infectious.”