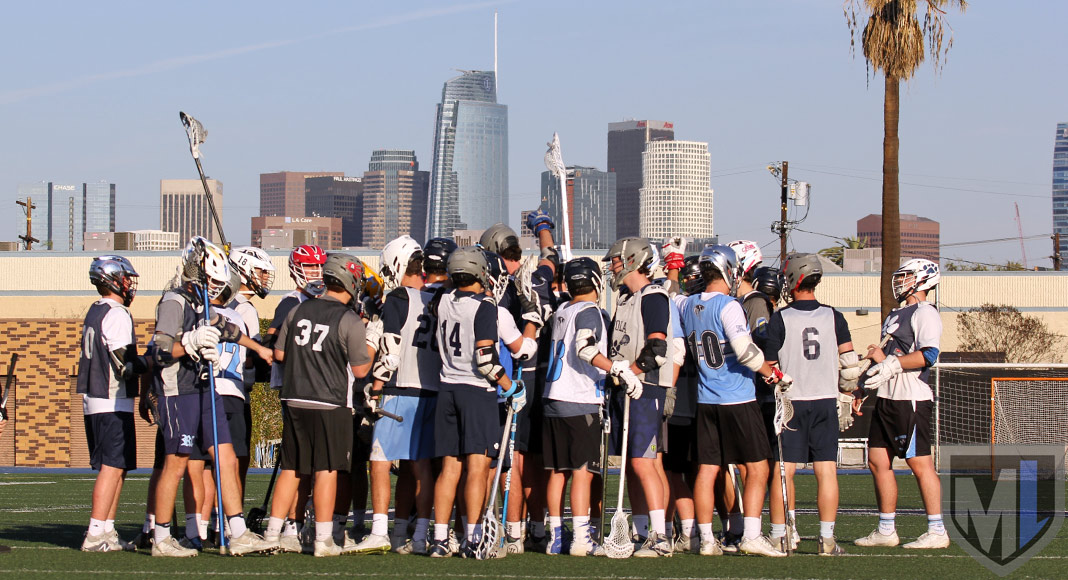 For the first time in at least three years, Loyola head coach Seth Cohen finds himself somewhat unsure of what the Cubs are going to be when they open the season. Oh, they’ll be talented and deep and ranked No. 1 in the US Lacrosse/MaxLaxLA preseason coaches poll, but beyond that … this will be a very different Loyola team than we’ve seen recently.

“The biggest difference is there are a lot of guys that are going to be playing this year who weren’t in starting roles last year or the year before,” Cohen said, “so it’s how quickly can we cross over that learning curve and get back to where we were. I don’t know if that will happen; it might be a little while.”

Though Loyola returns a large number of players with varsity experience, all but one will be asked to play a very different role in the team’s success. That one is senior face-off middie Aidan Hesse, a four-year starter who is committed to Tufts.

“Our biggest strength is face-off,” Cohen said. “I’m hoping that with a solid D and a great face-off guy, our other guys can learn, and we can jell as a team and be there at the end.”

The other position group Cohen believes he can lean on at this point is the defense, despite the graduation of three-time All-American goalie Joe Theuer and three close defenders now playing in the NCAA, two at Division I.

“The defense is the strength right now,” he said. “We’ve got tons of good guys. We’ve got a lot of seniors, but it’s looking like some really young guys will play.”

“Robert Henderson is a great D-middie, probably one of the best out here,” Cohen said. “He’ll turn some transition offense; he can guard almost anybody at short-stick, and we’ve got a bunch of young, good defensemen backed up by some good, older, senior guys, as well.”

Senior Pat Casani, who switched to defense a year ago, is a likely starter at close defense, as are junior Colin Hawkins and sophomore Shane McAusland. Cohen said freshman Preston Barnes is in the mix but probably will make a more of an impact next season, and sophomore Matt Garvey should play, as well, once Cohen figures out where.

“Shane is looking like he’ll be a starting defender for us this year,” Cohen said in a follow-up email. “He has good fundamentals and might be our best 1v1 defender. Matt is an incredible athlete with a D-I body. We’re still figuring out how to use him.”

Replacing Theuer in cage will be either two-year varsity backup Will Parducci or two-year starting JV goalie Cam Bieler — maybe both.

Either way, Cohen is confident the defense will hold up its end. Offensively, though, there is a bit more in flux after the graduation of three starting midfielders and one starting attackman.

“It’s a funny year, because we’re not young, necessarily,” he said. “We only have a handful of young players. We’re mostly juniors and seniors. so we’re going to have some key seniors in there that are making a big impact.”

Seniors Wes Priestley and Henry Hasenberg both earned All-Mission recognition as juniors, and senior Liam Miller was a second-line middie whom Cohen says is looking to make a bigger impact. Midfielder Ronan Gallagher and attack Jack Carolan, both juniors, also will compete for time. Sophomore Alex Horowitz was the only freshman to make the Cubs’ roster last year, and Cohen said he is really starting to step up as a leader among the attack group.

Among the new parts are junior twins Speed Fry and Kaiser Fry, who played for the Cubs as freshmen but transferred and played last year at Palos Verdes. They’re back at Loyola now, and Cohen said it’s a bit like starting over.

“They’re getting used to what we run,” he said. “They made varsity [here] as freshmen, but they weren’t major players for us. They’re looking like they’re going to have a more pronounced role this year, so they’re working their way in.”

Midfielder Hunter Ballard is another newcomer. He didn’t play lacrosse last year after transferring from Mira Costa, choosing instead to focus on football. Cohen called him raw but with the kind of physical athleticism you’d expect from a running back.

With all of the new faces and new roles, Cohen said it might take some time for the Cubs to find their identity and play at the level they have in recent seasons. But that didn’t stop him from scheduling just as tough, if not tougher, than in years past.

“We’re keeping the pedal to the metal,” he said. “For the sake of the program and the long-term, we have to keep playing the best teams out there, and I think this year, we’re not going to be 21-4. But I think that by the end of the season, we’re putting ourselves in enough tough situations that we’ll be up to the challenge when we get to the playoffs.”