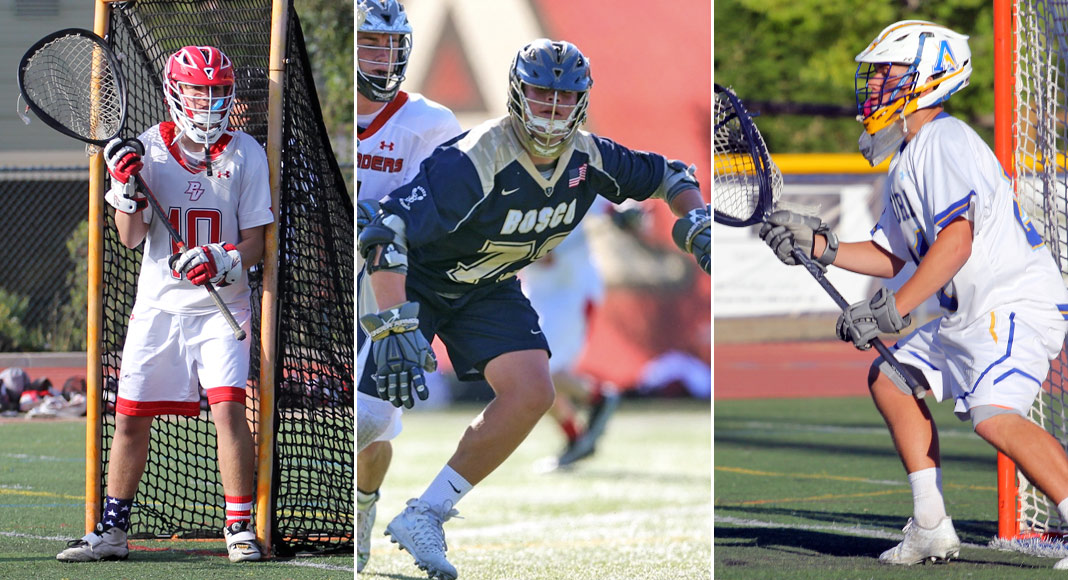 Our look at junior lacrosse players to watch this season wraps up the specialists, the goalies and face-off middies that no coach wants to be without. And this year, there were plenty of both to choose from.

The graduation of Joe Theuer from Loyola and Troy Hattler from Harvard Westlake, both four-year starters, makes way for two newcomers in the Mission League. The No. 1 Cubs will decide between two-year varsity backup Will Parducci and two-year JV starter Cam Beiler. Harvard Westlake believes it has an answer in junior Alex Russell.

But we start our list with two goalies and a face-off middie who already have made names for themselves.

Here are some junior specialists worth watching, compiled using 2017 all-league lists, nominations from coaches and by paying close attention to area lacrosse over the past five seasons:

McCann split time with JJ Barry last season, and both were named first-team All-Bay League after backstopping a Palos Verdes defense that allowed only 5.7 goals per game en route to an appearance in the LA title game. Heading into this season, McCann and Barry are likely to again share the duties in cage.

A dominant face-off middie for a fledgling program at St. John Bosco, Myers won an astounding 96 percent of his face-offs last season in helping the Braves post an 8-8 record in their first season as a CIF program. He committed to NCAA Division I Bryant in the fall.

In his first full season as a goalie, Tripp earned second-team All-Marmonte League honors and was named second-team All-County by the Ventura County Star after helping the Chargers reach the LA semifinals. Agoura allowed only 7.3 goals per game and surrendered double-digit goals only three times in going 15-6.