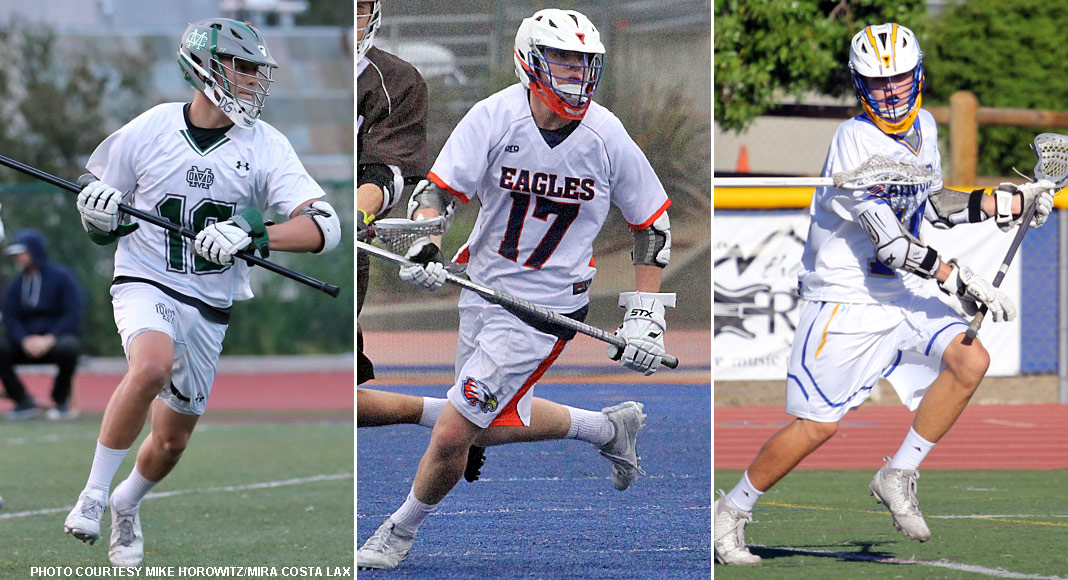 The list of young lacrosse players making an impact at the varsity level in the LA area gets longer every year, and this season we’ve even included five freshmen whose names were submitted by their coaches.

Last year, while we knew of a number of freshmen who would be seeing playing time, none of them were singled out by their coaches as players to watch. Of course, many of those freshman did contribute and now are players to watch as sophomores, including a trio of defenders at No. 9 Chaminade.

Below is a list of underclassmen to watch in 2018. It was compiled from 2017 all-league lists, offseason accolades, nominations from coaches and by paying close attention to area lacrosse over the past five seasons:

A second-team all-Bay League selection at close defense as a sophomore, Garvey also earned a spot on the Under Armour Underclass West roster last summer. “Cole is a dream to coach,” Mustangs coach Aaron Karsh said. “He has Division I ability and continues to get better every day.”

Cornelius also played for the West team at the Under Armour Underclass tournament last summer. At Chaminade, the LSM teamed with fellow freshmen defenders Carson Holtke and Jake Cloutier on a defense that allowed 9.3 goals per game and helped the Eagles reach the playoffs.

In his varsity debut a year ago, McCarthy dodged from X and scored the game-winning goal in the last 30 seconds to beat Crespi. Later, he scored in overtime to beat Oaks Christian. Then he scored in the final minute to beat Oak Park in the second round of the playoffs. He was named second-team All-County by the Ventura County Star and was honorable mention All-Marmonte League.