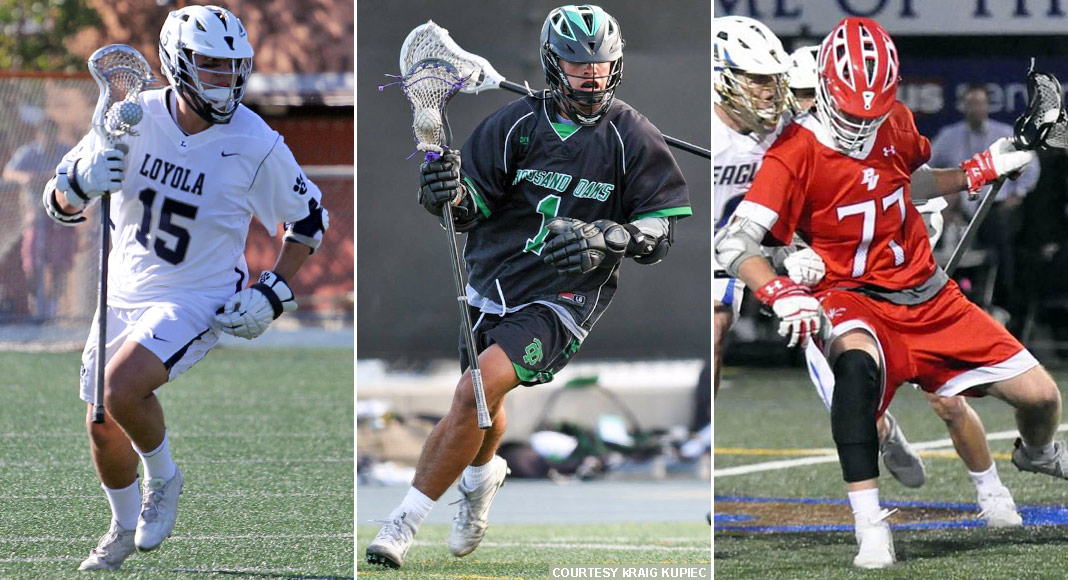 With LSMs moved over to the list of defenders to watch, it opened up space on the list of senior specialists for a couple of the stellar face-off experts in the area.

As juniors a year ago, we highlighted Aidan Hesse of Loyola and Matthew Parham of Thousand Oaks, both of whom have started for their programs since they were freshmen. This year, we cleared space in the group to also feature Colin Fitt of Palos Verdes.

Here is a list of senior face-off specialists worth watching, compiled using 2017 all-league lists, nominations from coaches and by paying close attention to area lacrosse over the past five seasons:

A two-time All-Mission League selection and two-time Under Armour All-America Underclass selection, Hesse has been instrumental in Loyola’s rise to prominence in Southern California lacrosse circles. In three playoff games as a junior, in leading the Cubs to their second consecutive Southern Section title, Hesse won 35 of 50 face-offs (70 percent). He will play next year at Tufts.

A three-time All-Marmonte League selection, Parham last year won 67 percent of his face-offs as Thousand Oaks won the league championship. That followed a sophomore season in which he won 73 percent and a freshman season in which his performance at the dot helped the Lancers reach the LA semifinals.

An LSM until switching to face-off as a sophomore, Fitt has worked hard to learn his craft. That first season, he won 71 percent of his draws and earned second-team All-Bay League. Last year, he earned first-team All-Bay honors. He recently committed to NCAA D-III Christopher Newport University and heads into his senior year bigger (6-foot-3, 200 pounds) and more experienced.

The same two goalies we featured last year when they were juniors are back again. While there certainly are other seniors manning the cage for their programs, few have the accolades of JJ Barry or the staying power of Trevor Clark

Barry split time last season with then-sophomore Kyle McCann, and both were rewarded with first-team All-Bay League honors. Together, they backstopped a Sea Kings defense that allowed only 5.7 goals per game. They likely will share goalie duties again this season. Next year, though, Barry will play at NCAA D-II Colorado Mesa.

Clark is a four-year starter and three-time All-Gold Coast League selection for the Trail Blazers, who have made three consecutive playoff appearance with him in the cage.